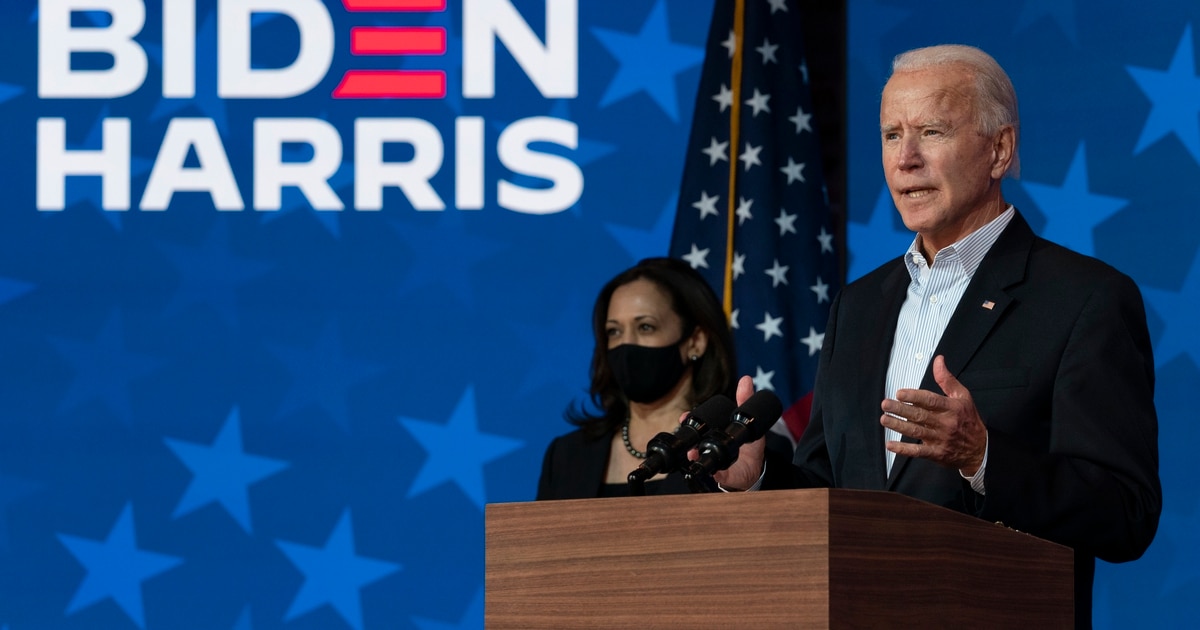 Per unofficial ballot counts as of Saturday morning, Biden appeared to have a significant lead in the popular vote (74.8 million votes, nearly 4 million more than Trump) and enough state victories to give him a electoral college win. The Associated Press called the contest for the Democratic challenger at 11:25 a.m. on Saturday.

“In the face of unprecedented obstacles, a record number of Americans voted, proving once again that democracy beats deep in the heart of America,” Biden said in a statement released Saturday. “With the campaign over, it’s time to put the anger and the harsh rhetoric behind us and come together as a nation.”

But the controversies surrounding Trump’s claims and refusal to concede complicates a Biden transition into the White House in coming months, raising concerns as he takes command of the nation’s military and begins to unveil policy plans on a host of national security and veterans support issues.

Trump campaign officials have claimed — without providing evidence — that Biden’s lead in states like Pennsylvania, Wisconsin, Michigan and Georgia was boosted by “illegal” votes. Trump has already declared himself the winner of the election, and vowed multiple lawsuits to solidify that claim in coming days.

On Friday, he took to social media to question whether military ballots were “missing” in Georgia, a state Trump appeared to lose by just a few thousand votes.

Earlier in the day, Georgia Secretary of State Brad Raffensperger said about 5,000 military ballots had been returned and counted, but about 8,800 overseas and military ballots that were requested earlier this year had still not been returned. Those votes could still be counted if they arrived at election offices by the close of business on Friday.

Military ballots can still be accepted in several other swing states — Nevada and Pennsylvania accept them up until Nov. 10, North Carolina until Nov. 12 — but the delayed tallies are not expected to be enough to swing the presidential election in those contests.

While the president called for Georgia officials to address the missing mail-in votes, he simultaneously called for state officials in Pennsylvania and other states to stop counting them, claiming the method is rife with fraud. Such a move would potentially invalidate thousands of military votes.

In a statement Saturday, Trump said that Biden is “rushing to falsely pose as the winner” and claimed “this election is far from over.”

“Beginning Monday, our campaign will start prosecuting our case in court to ensure election laws are fully upheld and the rightful winner is seated.”

Biden, a Blue Star father whose son deployed to Iraq while he served alongside President Barack Obama, made national unity and international cooperation key tenets of his campaign, along with a vow to better handle the ongoing coronavirus pandemic which has killed more than 250,000 Americans.

In recent weeks, he also promised better treatment and more respect for troops and veterans, arguing that Trump has dismissed and devalued their sacrifices through his actions in office.

Unlike Trump, a businessman whose first foray into politics was his election as president in 2016, Biden is a longtime fixture in Washington, D.C. Before his eight years as vice president, he spent 36 years as a Democratic senator from Delaware, including four years as chairman of the Senate Foreign Relations Committee.

As vice president under Obama, Biden was a key national security figure who played major roles in decisions to scale down U.S. troop levels in Afghanistan and end U.S. involvement in Iraq.

On the campaign trail, Biden frequently referenced the effects on his family of his son Beau’s deployment to Iraq in 2008 and 2009. The experience played a key role in the administration’s decision to launch the White House’s military-focused Joining Forces campaign, led in part by then second lady Jill Biden.

Exit polling from Edison Research (which surveyed voters who cast ballots in person and by mail) indicated that military and veteran voters were more supportive of Trump (52 percent) than Biden (45 percent).

Both of those numbers echo results of a Military Times poll released last month, which showed a 52-42 split among likely veteran voters. However, within that group, younger veterans were more likely to favor Biden (51 percent to 40 percent in favor of Biden among veterans 34 to 54 years old) than older veterans (59 percent to 38 percent among veterans 55 years and older).

What’s ahead for the military

Biden during his presidential campaign was forced to deflect criticism from conservatives who accused him and Obama for cutting the military budget too deeply during their term in office. In response to questions from the Military Officers Association of America in September, Biden vowed to “maintain our (military) superiority” but also to do so “affordably.”

Like Trump, he also said he wants to end the U.S. military mission in Afghanistan and scale down U.S. combat deployments overseas.

“And we have to invest in our other elements of national power,” the former vice president told MOAA. “Our military is one tool in our toolbox. We have become over-dependent on the military to advance our security interests overseas and underinvested in other tools including diplomacy, economic power, education, and science and technology.”

Defense industry leaders were largely neutral in this year’s presidential race and had broadly expressed confidence the Pentagon’s priorities would continue no matter who won. Still, there is an expectation among industry officials that Biden’s military budgets will be more modest than Trump’s plans in recent years.

Mike Petters, the president and CEO of shipbuilder Huntington Ingalls Industries, said on the company’s quarterly earnings call this week that he did not expect the Pentagon’s drive for a larger Navy to secure the country would go away under a Biden presidency.

“If you have a change in the leadership and the administration, the new folks are going to be looking at the same outside world that the folks that are there now,” he said. “What has been said so far is that the future Navy needs to be bigger, it needs to be … a faster, cheaper, smaller set of platforms with a lot more of them. We believe that’s going to persist.”

Biden has said he does not foresee major defense cuts, noting the potential for friction with foreign adversaries like Russia and China.

And he has promised to increase investments in unmanned systems, cyber warfare capabilities and information technology.

More pressing than Biden’s policy plans, however, is his upcoming transition to the Oval Office. If Trump refuses to accept the results, or if lengthy legal battles delay some transition work until late December or early January, the moves could mean significant delays in passing the military’s full 2021 budget and refocusing Pentagon priorities for next year.

In addition, Trump has been rumored to be considering firing Defense Secretary Mark Esper within days, even if he does not win re-election. Such a move could create questions about the military chain of command for the next few months, and lead to complications in routine Pentagon business.