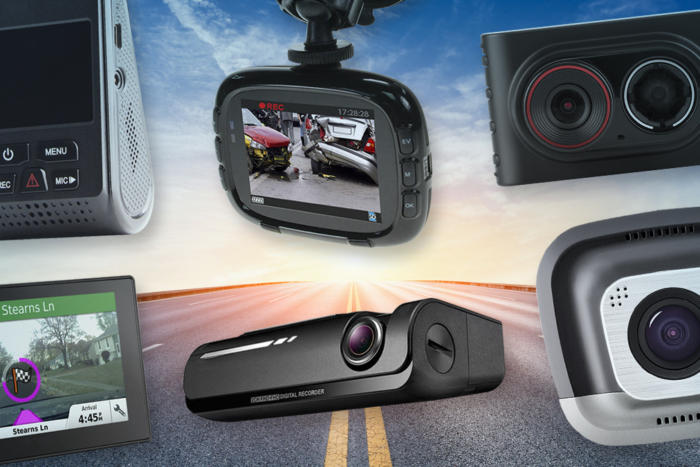 The dash cam market is changing fast, as vendors hop on to the 4K-resolution bandwagon. We can’t deny the allure of supercrisp 4K images. But there are caveats, which we’ll discuss below and in the individual reviews.

Say, did you buy an Owl Car Cam? After the startup Owl Cameras Inc. shut down abruptly, users were stuck with expensive dash cams and no support. But there’s hope! Xirgo Technologies, the company that acquired Owl Cameras Inc.’s intellectual property, has partnered with CallPass to take over the consumer service. Read more about the rehatching of Owlcam, and stay tuned for reviews of the new Owlcam products promised later this year.

Do you need a 4K UHD dash cam?

As 4K UHD (2160p) dash cams have entered the market, we know it’d be easy to fall victim to the specsmanship of a higher-res image. From what we’ve seen so far the gain in detail can vary, but the storage investment is consistently heavy: four times the storage of 1080p, or around 1GB for every three minutes of video. For most purposes,1080p is the more frugal everyday choice. Don’t avoid 4K UHD, but read the reviews first so you know whether the cost is justified.

Updated 10/02/20 to include our review of the Nexar Beam Dash Cam ($90 on Amazon), which offers free unlimited cloud uploads, GPS, and traffic and accident warnings, as well as excellent day and night captures. You need the phone app to enjoy GPS and other goodies, but in a phone-centric world, that’s not a huge concern for most users. Read our full review, and scroll to the bottom of this article for links to all of our dash cam reviews.

This camera comes closer to a 5-star rating than any dash cam we’ve reviewed. The 4K UHD captures are magnificent, especially the night video, which is far superior to the competition. Modular interior, rear, and telescopic rear cameras plus Alexa sweeten the deal. The bad news is the cost: $400 for the 622GW itself and $100 per rear module. But if you want the best, this is it.

Nextbase has just raised the bar for 4K UHD quality and features in a dash cam. Not only does the new 622GW accept the company’s versatile rear view modules, it takes the most realistic, detailed night videos we’ve ever seen—by far. Throw in drive mapping, a wonderful 3-inch display, plus emergency response to accidents, and you have a new big kahuna. Read our full review.

Small, easy to use, and with absolutely sterling day and night captures, this is one of, if not the best budget dash cams we’ve tested. It even has a real battery to capture events if the 12-volt is interrupted. Great stuff, but spend the extra $22 for the GPS mount. You’ll thank us in the long run.

The Vantrue OnDash N1 Pro is our new favorite low-cost dash cam. It’s compact, light, relatively inexpensive, takes good video under all conditions, and has a real battery to keep running if the 12-volt fails. Read our full review.

The Viofo A129 Duo dual-camera system produces high-quality day, night, and low-light video from both its front and rear cameras, and it does so for a good price. Better still, its supercapacitor will take video for 2-3 seconds after a power failure. Aside from an overly thick cable to the rear camera, we have no complaints.

The A129 Duo is easily our favorite budget dual-camera dash cam, with superior 1080p day and night video from both the front and rear cameras. It holds its own against far more expensive competitors. Aside from the somewhat unwieldy rear cam cable, it’s all goodness, all the time. Read our full review.

The most distinguishing feature of the Aukey DRS2 ($150 on Amazon) is its interior camera, which can be detached from the main body for use as a rear camera. Nice, but its best trick is taking excellent video, both exterior and interior, day and night. It could use integrated GPS (an $20 external option that’s $20 on AmazonRemove non-product link) and a larger capacitor, but beyond that, it’s all good. Read our full review.

What to look for in a dash cam

We’ll step you through what to think about when you’re shopping for a dash cam, from video capabilities, recording options, power connections, and more.

Something most people don’t consider before they buy is that dash cams connect to a power source in your car via a physical cable. That cable can sometimes be tucked out of the way, but more likely than not you’ll have loose cable hanging somewhere. You can sometimes fix this with a longer or shorter cable (or a professional installation). Keep that in mind as you consider your power options:

How we test dash cams

Few people are as well situated geographically as I am to test dash cams. Within two blocks there are major four- and six-lane thoroughfares, numerous bike lanes, joggers, dog walkers, oblivious ear-budded pedestrians, and a major bus nexus serving both public and private coaches. The opportunities for near-accident are endless.

For every dash cam, I mount it in my car, judging the ease and convenience of doing so. Tip: Many dash cams rely on adhesive for mounting to your windshield. Hot conditions can make it next to impossible to remove the film that protects the adhesive. Remove the film in a cool environment, or place it in the fridge for a minute or two before installing it.

I put each dash cam through several days’ and nights’ worth of driving, recording video and judging the image quality. All the dash cams I’ve reviewed in the last couple of years take good daytime video. However, night video is often plagued by murky shadows and headlight flare. That said, quality is improving rapidly with the introduction of new sensors. Take a close look at the night shots in each review.

I try all the features: Buttons, display controls, apps. Aside from rear-view support and GPS, the most salient differences between the products are the interface controls and extra features, such as the lane departure and collision warnings that you get with some models. I try them…and I turn them off. In practice, they usually tell me I’m changing lanes, in heavy traffic, or have just been cut off. Additionally, the collision warnings generally come too late to do anything but distract you at exactly the wrong time.

Note that the one thing I can’t relate to you is longevity, as my testing occurs over a relatively short amount of time. Please check user reviews on various sights and pay attention to the warranty.

What’s next in dash cams

Dash cams have plenty of room to evolve. As nice as dual-channel is, there’s talk about true 360-degree video. Check out TechHive’s review of PowerDVD 16’s 3D playback to see how compelling that can be.

All our dash cam reviews

See the list below for details on dash cams we’re reviewed that are currently available, from highest to lowest in ranking. Check back for reviews of new products in this ever-expanding category.