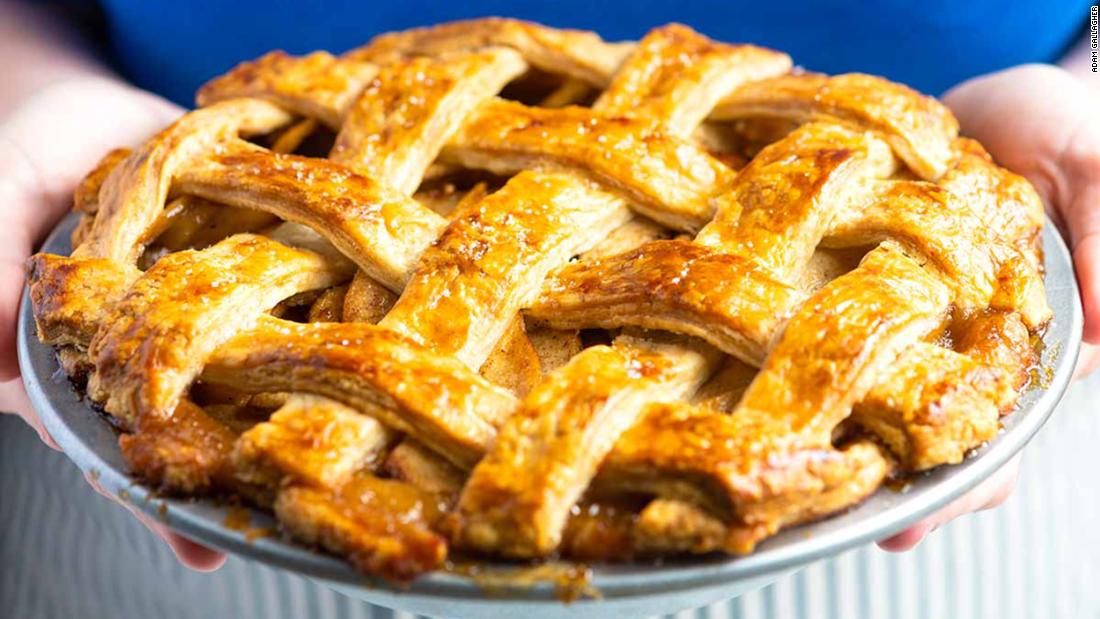 While nearly every retailer is slinging out pumpkin spice something this fall, it’s apples that we’re dreaming about right now. Whether we plan to go apple picking or just go pick up fresh, crisp apples at the local grocery store, we’re salivating over the thought of cooking up this sweet flavor of fall as soon as we get them home. To help us make the most of our apple haul, we wrangled a bunch of experts for the best apple recipes, tips, tools and apple inspiration.

What makes apple recipes so perfectly delicious, anyway? Joanne and Adam Gallagher, founders of the Inspired Taste blog, love creating apple recipes because “they make us think of fall, warm spices and cozy evenings.” Us too. But they also go further by saying not to pigeonhole apples as a dessert ingredient. “Apples are lovely when used in savory dishes,” they say. “Add a handful of chopped apples to soups, curries and stews.”

According to Amanda Batcher, who founded The Chunky Chef blog six years ago, there’s just something about the “crisp, bright sweetness” of apples that draws her to cook with them again and again. Sally McKenney, creator of Sally’s Baking Addiction and cookbook author, says, “Not only healthy, readily available and delicious, apples are uniquely versatile and can be used in endless recipes like muffins, cakes, pies, drinks, breads and more.”

Speaking of endless recipes, here are five of our favorite fall apple recipes to sink your teeth into.

“Bundt cakes are large and pans vary, so your bake time may be shorter or longer than the time listed,” advises McKenney. “Don’t get discouraged as you watch the clock, and always check the doneness with a toothpick. When it comes out clean, the cake is done.”

Joanne Gallagher says that the key to a great apple pie is to load it up. “Don’t be afraid to pile the apples high in your pie dish. As they bake, they break down and shrink,” she says. “Try mixing more than one apple variety in your pie for an interesting mix of textures.”

Almost too simple to include in this story but also so simple that we had to, apple chips make a great snack, salad topping or garnish. McKenney shares an expert tip to slice the apples ultra thin using a mandoline to bake up the most crispy and crunchy apple chips.

Slice the apples thin and bake on a baking mat at 200 degrees Fahrenheit for 3 hours. See the full recipe for more detailed instructions.

Batcher notes that cutting uniform-size apple chunks makes for a more evenly cooked crisp. But the real pièce de résistance is what goes on top of the apples. “The topping is a crucial part of the perfect apple crisp, so make sure you cut the butter into the topping thoroughly,” she says. “And don’t be afraid to play around with your favorite ingredients: caramel, cinnamon, pecans, walnuts, lemon, etc.”

The crumb topping on these muffins has our editors drooling. McKenney suggests peeling and chopping the apples into small enough pieces that will allow every muffin to have its fair share of fruit. She also says, “You can bake the muffins in a standard 12-count pan, but I love turning these into jumbo muffins using a jumbo muffin pan.”

An 8-by-8-inch baking dish is perfect for making Batcher’s apple crisp, but it’s also great for making brownies, au gratin potatoes and a bunch of other delicious things.

“A good pastry cutter helps make the apple crisp topping a cinch to make,” says Batcher. This one is stainless steel and dishwasher-safe, and it has a handle that’s easy to grip.

Gallagher says that for her apple pie recipe, “We love using a 9-inch pie dish that’s on the deeper side.” This pie pan comes in a bunch of fun colors and is more than 2 inches deep.

McKenney says, “Slicing the apples is a lot easier and quicker using a mandoline slicer.” And this one is her favorite.

This handy gadget may only come out of the drawer during apple season, but it will be worth the space it takes up the rest of the year. It easily slices through the center of the apple to neatly cut out the core without the awkwardness of using a paring knife.

Another gadget worthy of the utensil drawer is a peeler like this one that’s useful for more than just peeling apples. Make chocolate or cheese curls for cakes or pasta, and peel all sorts of fruits and veggies for any recipe.

McKenney likes to make her apple crumb muffins in a jumbo pan like this nonstick one that makes six giant muffins (rather than the standard 12) at a time.

For a more traditional-size apple crumb muffin, try making them in this standard 12-cup tin that works for making any kind of muffins, cupcakes or even meatballs or mini quiches.

Large baking sheets like these are used in McKenney’s apple chips recipe and also in the Gallaghers’ apple pie recipe, but there are literally thousands of ways to use these in the kitchen.

McKenney says that using baking mats when cooking the apple chips will help them not stick to the pan.

This colorful addition to the kitchen makes rolling out perfect crusts and cookies a breeze. There’s a screw at the end of each side so that you can choose which colored ring to use as a guide while rolling out your dough to a 1/16-, 1/6-, 1/4- or 3/8-inch thickness.

This is the original bundt cake design and is made to last in nonstick cast aluminum with handles that make it easy to lift, and it comes with a lifetime warranty. McKenney says to use a “10- to 12-cup bundt pan, nothing smaller” for her apple cake recipe. This pan holds 10 to 15 cups. Perfect.

‘Apple: Recipes From the Orchard’ by James Rich

James Rich has spent his life on his family-owned apple orchard and cider farm in Somerset, England. This personal collection of 90 of his favorite apple recipes ranges from salads and cocktails to slow-roasted pork and pastries.

This classic cookbook was given an update in 2015 to include more gluten-free and vegan recipes as well as a full range of apple-focused dishes that will take any apple lover from breakfast through dinner.