Ben & Jerry’s owner Unilever targets $1.3 billion in plant-based sales by 2027 — and says it wants to reduce the calories in its ice-cream brands | Markets Insider 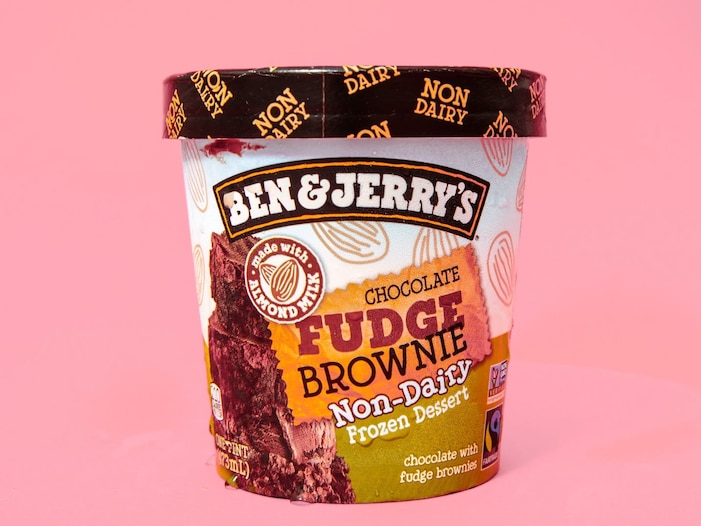 Sales of vegan alternatives are booming — and consumer goods giant Unilever is hoping to cash in.

The company, which owns brands such as Ben & Jerry’s and Hellmann’s, announced Wednesday that it wants to reach 1 billion euros ($1.19 billion) in annual global sales of plant-based meat and dairy alternatives by 2027.

This is roughly five times what Unilever expects to earn from plant-based substitutes this year, it said.

The Dutch-English company aims to meet this target by rolling out its plant-based meat brand The Vegetarian Butcher alongside increasing vegan alternatives from other brands across its portfolio including Hellmann’s, Magnum, and Wall’s, it said.

Unilever set the target to encourage people to make healthier food choices and to reduce the environmental impact of the global food chain, it said.

By 2025, Unilever also aims to halve food waste in its direct global operations, double the number of products high in vegetables, fruits, proteins, or micronutrients, and reduce the sugar and calories in its ice-cream, it said.

Its target is for 95% of packaged ice cream to contain less than 22g of total sugar and less than 250 calories per serving by 2025.

The global plant-based market could reach $140 billion by 2029, according to research by Barclays.

It acquired The Vegetarian Butcher in 2018 and has since rolled it out across more than 30 countries, including supplying plant-based Whoppers and nuggets to Burger King’s restaurants in Europe, the Middle East, and Africa.

Unilever is also funding research into plant-based foods. Last year, the company invested €85 million ($101 million) in a food innovation center at Wageningen University in the Netherlands to support research into plant-based ingredients and meat alternatives, efficient crops, and sustainable food packaging for brands such as Knorr and Hellmann’s.

Earlier this year, Unilever began working with bio-tech start-up Algenuity to use microalgae as a vegan substitute for eggs in products such as mayonnaise, baked goods, and pasta.

The plant-based market is becoming increasingly competitive as more brands and food chains are launching vegan ranges, putting strain on the major plant-based meat players like Impossible Foods and Beyond Meat.

Read more: 5 lessons for success from the founder of vegan snacks firm Proper, which grew retail sales to $52 million over a decade

Starbucks is testing its vegan breakfast sandwiches in the US, and has launched a fully-vegan Pumpkin Spiced Latte in the UK. Last week, McDonald’s announced it’s developing its own line of plant-based meat called “McPlant,” and the day after, Pizza Hut launched two plant-based burgers with Beyond Meat.

Unilever has smashed analyst expectations during the pandemic. It credited rising demand for Ben & Jerry’s ice cream, antibacterial cleaners, tea, and Hellmann’s products for its underlying sales growth of 4.4% in the third quarter.