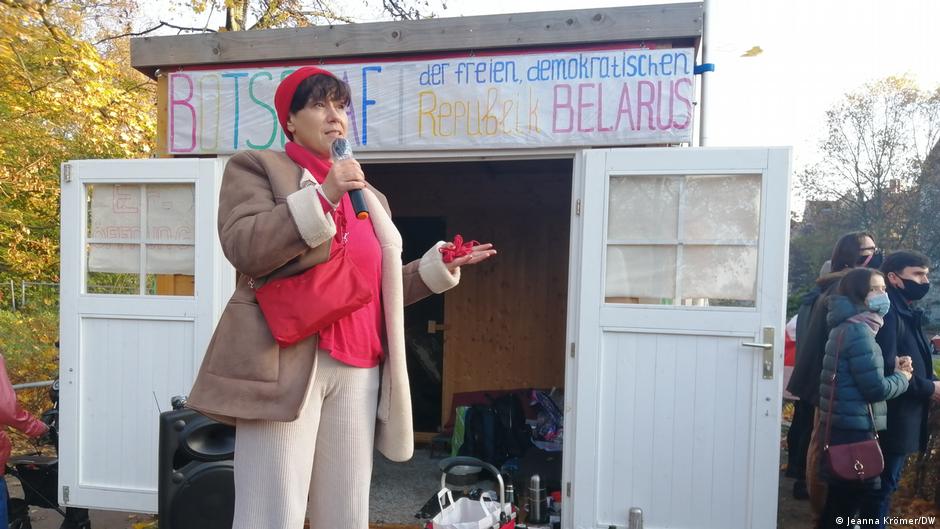 A red and white flag flies from a wooden caravan just opposite the official Belarusian Embassy in Berlin. The flag has become a symbol of the protest movement against Alexander Lukashenko, who is accused of rigging the election earlier this year and refuses to step down as leader.

Belarusian activists in the German capital have designated the caravan the alternative “embassy” of the “free and democratic republic of Belarus.” Over the past two months, they have organized more than 40 events to show their solidarity with protesters in their home country. 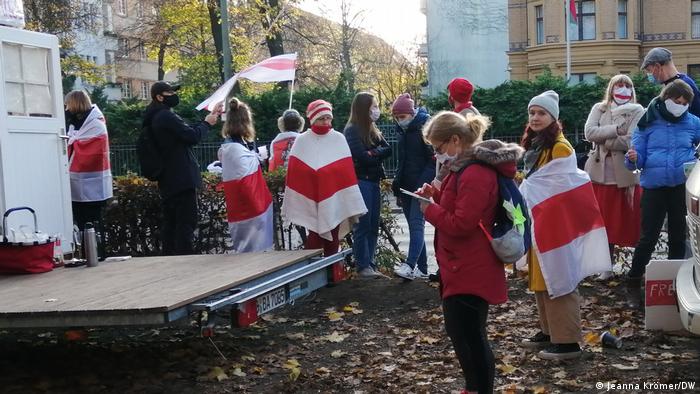 Taras Siakerka from the Belarusian city of Gomel is one of the co-organizers. He told DW that he had decided to keep protesting when he returned from Belarus, where he had voted. Siakerka said he was still buzzing from the atmosphere of the protests — and that’s when he started spending several hours a day outside the embassy with a poster that read “Hup für die Freiheit in Belarus” (“Honk for freedom in Belarus”).

Though the embassy is located near Berlin’s Treptower Park, quite a way away from the capital’s more bustling center, it is on a three-lane road, so Siakerka’s poster attracted the attention of quite a few drivers. “They didn’t know anything about the protests that had become standard for Belarusians, but more and more they started honking their horns when they drove by.”

One day, a young man turned up and told Siakerka that he had a caravan parked outside the embassy, which the activists were welcome to use. It has since become a kind of information center for the Belarusian diaspora.

There are posters and flyers in various languages, as well as pictures of the violence carried out by the Belarusian security forces. There is also information about organizations that are raising funds to support the victims of police brutality and their families.

No reaction from official embassy

The official Belarusian Embassy in Berlin appears to not have shown any interest in the protesters; there has been no visible reaction. However, there is speculation that there may be attempts to thwart their efforts. “Anonymous customers from the internet” tried to rent the caravan from its owner for quite some time after it had been repurposed. 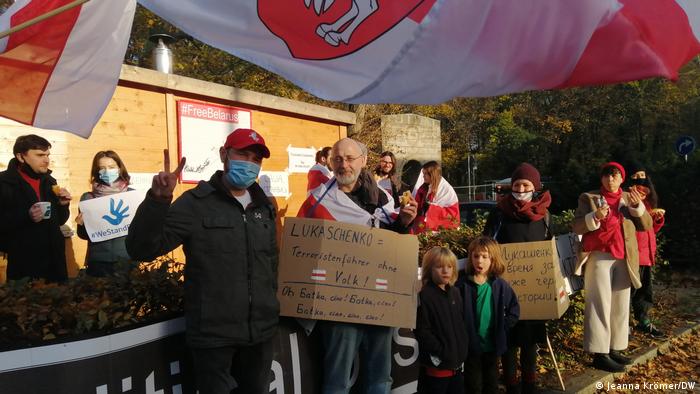 The poster in the center reads: Lukashenko — leader of terrorists without a people

On one of the caravan’s walls is a picture of Denis Sidorenko, the current Belarusian ambassador to Germany, and underneath it is the word “fired.” The protesters here are angry that Sidorenko and his colleagues have remained silent, and they say it demonstrates a form of loyalty towards the dictatorship.

Veranika Kruhlova said it would be better if — like the Belarusian ambassador in Argentina — the embassy in Berlin chose to side with the Belarusian people rather than the regime.

The alternative Belarusian “embassy” in Berlin is open every day. When asked whether the activists would start issuing alternative passports and visas, Taras Siakerka winked and replied: “We’re also going to start officiating weddings.”

A Covid Vaccine Nears, Biden Gets to Work, and More News

Sudan to host Russian military base