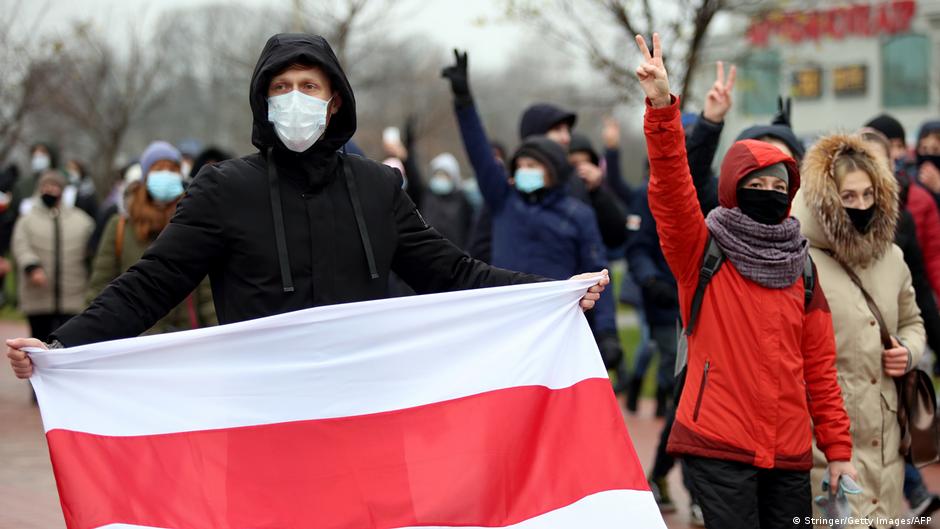 Tens of thousands of people protested against Belarusian leader Alexander Lukashenko for the 15th consecutive Sunday in Minsk, demanding he step down.

Protesters gathered in residential areas and then came together in the capital city to avoid getting shut down early by police. Several metro stations were closed and communications were cut at times.

Sunday’s protests were called a “March Against Fascism” after Lukashenko accused protesters of being fascists.

An advisor to main opposition leader Sviatlana Tsikhanouskaya, Franak Viacorka, tweeted that more than 30 rallies were taking place throughout Minsk.

Police detained dozens of protesters and used stun grenades to disperse the crowd. The Vesna-96 rights group said at least 205 people had been detained by police. Police have arrested about 1,000 people during each of the last two Sundays’ protests.

“They want to drag our dignity into the mud,” 72-year-old protester Alexandre Ignatov told AFP. “It’s for my dignity, for the future of my children that I have turned out to demonstrate.” 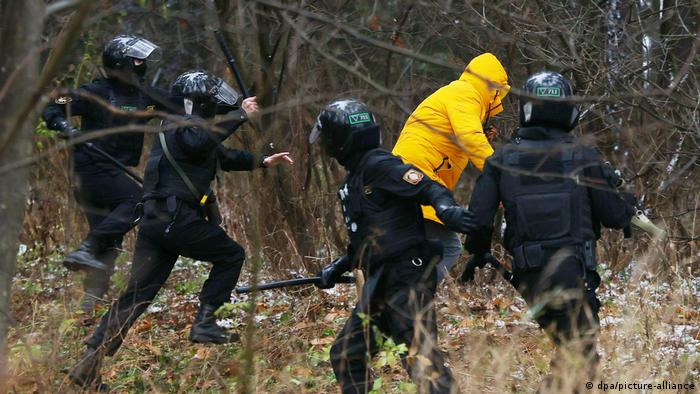 Dozens of protesters were detained during Sunday’s protest

Protests have taken place since August, after Lukashenko claimed victory in the presidential election for his sixth straight term. Protesters have claimed the election was rigged, while several nations, as well as the European Union, have refused to recognize the result.

Opposition candidate Tsikhanouskaya, currently in neighboring Lithuania, called Sunday’s protest progress towards a “free and fair Belarus” in a message of support for her supporters on Saturday.

“We cannot turn the country into a prison if nobody is afraid of the jailers, she said.

Protesters have said the opposition candidate was the real winner of August’s presidential election.

Protesters also marched to remember an anti-government protester, Raman Bandarenka, who died in a hospital earlier this month after demonstrators said he was beaten by security forces.