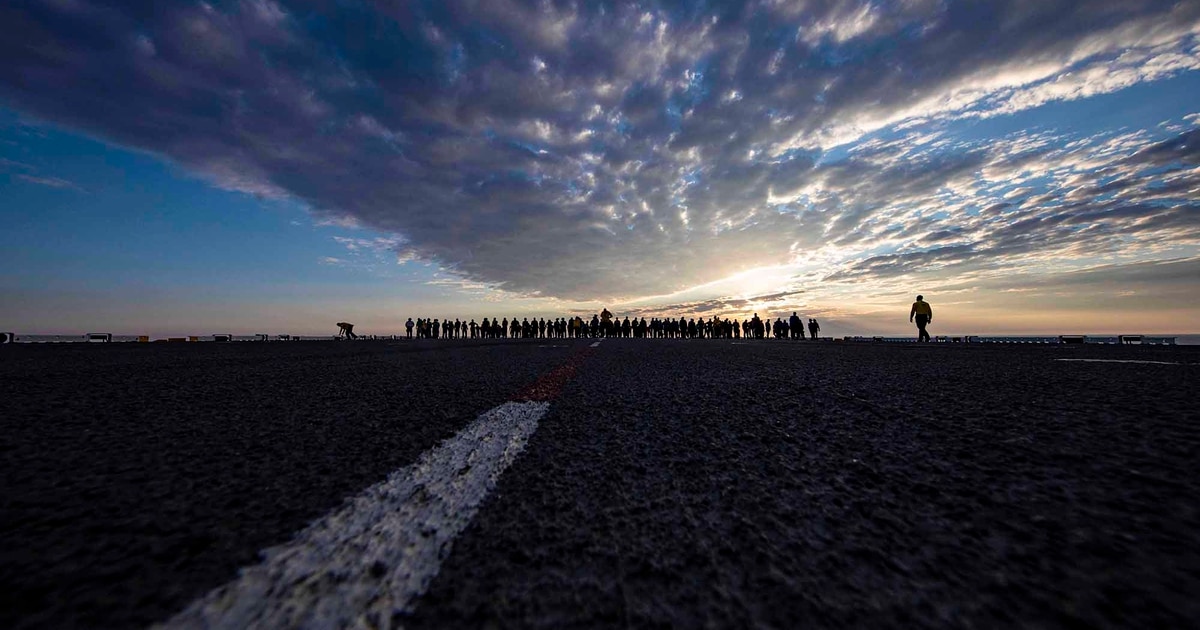 U.S. Defense Secretary Mark Esper is sprinting. With less than four months left in the administration’s term, he unveiled a new vision for the Navy that would grow the fleet to more than 500 manned and unmanned vessels from today’s 296 ships. Although some dismiss Esper’s Battle Force 2045 concept as a political ploy shortly before an election, it could lead to a more effective and affordable future fleet — as long as Navy and Department of Defense leaders can avoid loading it down with expensive options.

The Navy clearly needs to change its force design and operational approach. Even though naval forces are increasingly important to deter and defeat Chinese aggression, the Navy’s previous plan to build a force of 355 ships lacked resilience and firepower, fell short on logistics, and was projected to cost 50 percent more than the current fleet. The Navy tried to adjust that plan with an integrated naval force structure assessment, but Esper rejected it, as it failed to implement new concepts for distributed multidomain operations and would be too expensive to realistically field.

Instead, over the course of nine months, he and Deputy Secretary of Defense David Norquist led a study taking a fresh look at the Navy’s force structure. The Hudson Institute contributed to the project by developing one of three fleet designs that informed the new plan.

Hudson’s proposed fleet is affordable to acquire and operate. Even though it consists of 581 vessels, more than 200 are unmanned or have small crews. The Hudson study’s conservative estimates suggest it can be acquired for the ship construction funding in the Navy’s President’s Budget for fiscal 2021, adjusted for inflation, and would only cost moderately more than the current one to operate.

The Hudson proposal becomes more affordable than the Navy’s plan by gradually rebalancing the fleet to incorporate more smaller, less-expensive ships and fewer large multimission combatants. The proposed fleet would also constrain the size and cost of some large new ships, such as the future large surface combatant and next-generation attack submarine.

Second, the fleet would deliver more offensive munitions from vessels and aircraft over a protracted period, and defend itself more effectively using distribution, shorter-range interceptors and electric weapons.

Lastly, it enhances the fleet’s amphibious, logistics and strategic sealift capacity. Overall, this results in a Navy that can help the joint force prevail across a range of potential scenarios, including the most challenging ones such as an attempted Chinese attack on Taiwan.

The Hudson fleet is also achievable. Its shipbuilding plan relies on mature technologies or allows sufficient time to complete needed engineering and operational concept development before moving ships into serial production. The plan sustains the industrial base through stable ship-construction rates that avoid gaps in production and smoothly transition between ship classes.

Even with this measured approach, however, the fleet can rapidly evolve, reaching more than 355 manned and unmanned vessels by 2030, and 581 by 2045.

Although Battle Force 2045 focuses on ships, the Navy needs to spend more on improving repair yard infrastructure, growing munitions stocks, and providing command-and-control capabilities to the force. As the Hudson study shows, ship construction savings could help fund these and other enablers, but only if the Navy and the DoD have the discipline to avoid expensive new investments, such as building a third attack submarine every year, installing boost-glide hypersonic missiles on old destroyers or pursuing a significantly larger combatant to follow the Arleigh Burke class.

Even if the procurement cost of these programs was funded through budget shifts within the DoD, each will incur a sustainment bill that is not factored into Navy plans and could accelerate the descent toward a hollow force.

The Navy is now developing a new shipbuilding plan as part of its FY22 budget submission. Congress should carefully assess that plan and, in collaboration with the DoD, refine the budget. Esper may depart, but the results of this study can serve as a starting point for an operationally effective and fiscally sustainable fleet for the next administration.

Timothy A. Walton is a fellow at the Hudson Institute’s Center for Defense Concepts and Technology, where Bryan Clark is a senior fellow. Along with Seth Cropsey, they recently completed a study of future naval force structure.