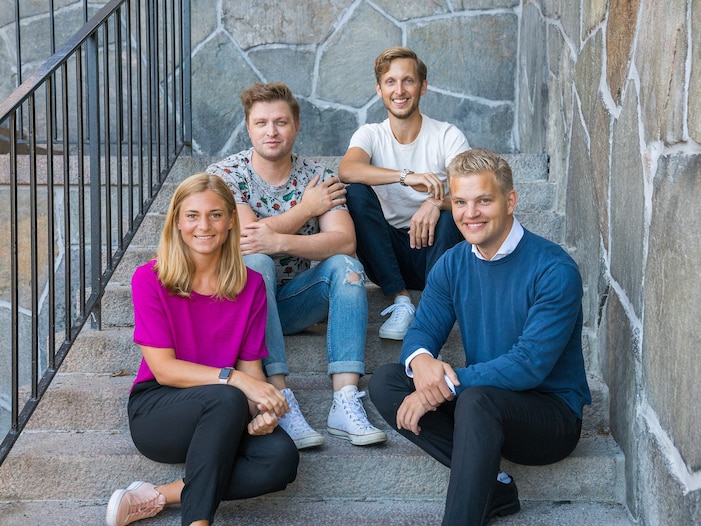 Karma, the Stockholm-based startup that lets food outlets sell surplus stock at a discount, was praised by Barack Obama in 2019 for its “extraordinary” work.

Founded in 2015 by Hjamar Ståhlberg Nordegren, Ludvig Berling, Mattis Larson and Elsa Bernadotte, Karma helps users to find local bargains by connecting them with restaurants and grocers selling unwanted extras at a 50% discount.

According to the UN’s Food and Agricultural Organization, a third of food produced for human consumption is lost or wasted around the world, amounting to about 1.3 billion tonnes per year.

Speaking at an Obama Foundation event in 2019, the former US president said startups like Karma had the potential to “change the world”.

Obama said: “The good news is that we actually know there are solutions, and we can combat climate change while still providing a high standard of living.”

Pointing to one of Karma’s co-founders, he added: “What makes me optimistic is you’re already doing extraordinary work [such as] Elsa, who is working in Sweden to make this the first zero food waste generation.

“Your work will speak for itself and potentially, not only inspire donors but, more importantly, change the world.”

“We knew we wanted to reduce food waste, for sure,” he said. “But creating ‘the first zero food waste generation’? We kind of looked around like, ‘Wow, I guess that is what we’re trying to do.’

“We actually had the chance to meet him a few months later. We told him he kind of helped us realize what our mission statement was, he smiled and said he was glad to have helped.”

At present, Karma is operating in three markets and has around 1.3 million users. The firm launched in its native Sweden in 2016, and today has offices in Paris and London.

The app is completely free for users, while the proceeds from sold goods are split in half between Karma and the restaurants and cafés selling them.

With economic downturn on the horizon, Nordegren says there will be “no room for overproduction” and that Karma hopes to improve the environment for consumers and producers alike.

Karma gave Business Insider an exclusive look at a redacted copy of the pitch deck it used to raise $12 million in Series A funding:

Is this the end of austerity for rich nations only?