‘Ballots could be from Mars, as far as we’re concerned’: Giuliani alleges mail-in voter fraud in Pennsylvania & Wisconsin 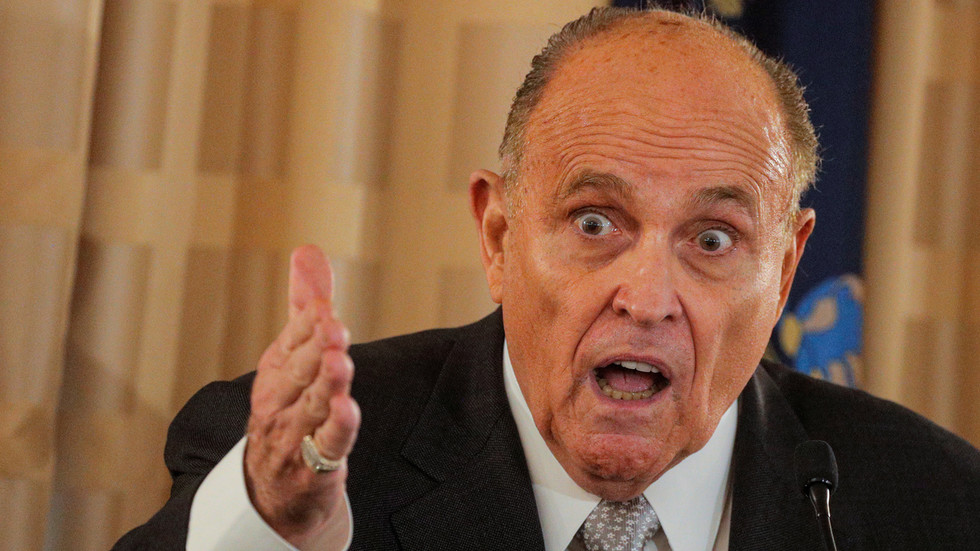 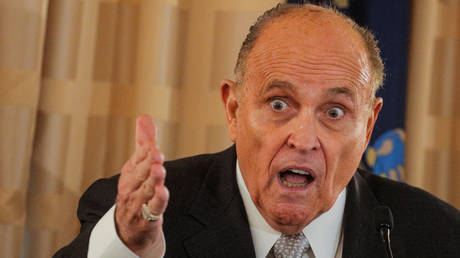 President Donald Trump’s campaign has tore into opponent Joe Biden’s campaign for allegedly attempting to steal the election in Pennsylvania and Wisconsin, complaining they’re being barred from monitoring the count.

The Trump campaign has filed a lawsuit against the governments of Pennsylvania and Wisconsin, former New York Mayor and Trump legal adviser Rudy Giuliani revealed on Wednesday, tearing into state governments for supposedly engaging in fraud “unlike any [he had] ever seen.”


Trump legal adviser and former New York Mayor Rudy Giuliani declared victory on behalf of the Trump campaign in Pennsylvania as he denounced the alleged voter fraud in Pennsylvania and Wisconsin, claiming both states had engaged in massive voter fraud using mail-in ballots.

The campaign filed lawsuits in both states regarding voter fraud, Giuliani said, pointing to both states’ refusal to allow Trump people to observe the counting of ballots – “for 20 hours” in Philadelphia.

Giuliani marveled at how “not a single Republican has been able to look” at ballots in Philadelphia, noting “we have a reputation for dead people voting” and people had historically been “bussed in” across the New Jersey border from Camden” in order to cast ballots. He complained that over 100,000 ballots had “mysteriously” appeared in the early-morning hours not only in Pennsylvania, but in Michigan, Arizona, and Nevada.

[Ballots] could be from Mars, as far as we’re concerned.

Calling the stonewalling “among one of the most anti-democratic things i’ve ever seen or encountered,” Giuliani slammed the mail-in voting process in general, noting that both parties legally have the right to observe the ballot-counting process and that the media establishment has historically called it “highly suspicious” – at least “when it didn’t apply to President Trump.” Yet Republican poll-watchers were kept “20 or 30 feet away, never able to see the ballot itself,” he said.

Also on rt.com
Exorcising the ghost of Russiagate: Rudy Giuliani appearing on RT after Atlas uproar makes powerful statement about US media BIAS


It wasn’t just Pennsylvania, Giuliani continued, suggesting a lawsuit was also pending against the state of Wisconsin, arguing that areas where Democratic challenger Joe Biden had gotten “60 to 70 percent of the vote” were not legitimate. “This was a concerted effort on behalf of the crooks that run the Democratic Party,” the former prosecutor said, accusing the Democrats of “dumping” tens of thousands of “fraudulent” ballots to bolster their candidate.

“We’re going to continue the lawsuit here, we’re going to bring a second one, and…quite possibly, we’ll do a national lawsuit and really expose the corruption of the Democratic Party,” Giuliani said, insisting he’d “never heard” of a situation in which over 80 percent of the votes had been counted and the vote hadn’t been called for the apparent winner.

US election results: Trump and Biden each claim victory as lawsuits brew