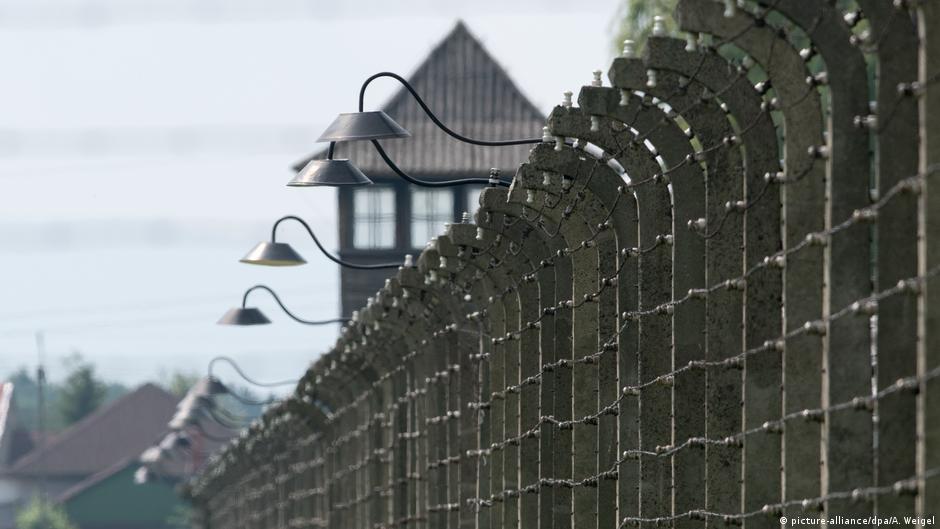 Thirteen-year-old Omar Farouq faces the prospect of spending his youth in prison in Nigeria after a Shariah court in the northern city of Kano found that he had used blasphemy during a quarrel with a friend in summer.

The director of the Auschwitz-Birkenau Memorial and Museum, Piotr Cywinski, heard about the case by chance through an acquaintance. Shortly afterward, a memorial site employee received an award for academic work devoted to the fates of children imprisoned at the German concentration camp from 1940 to 1945. 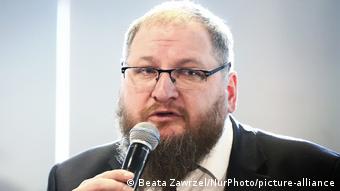 This gave Cywinski, who has overseen the site for 14 years now, an idea. He asked for the boy to be pardoned in a letter to Nigerian President Muhammadu Buhari, who in 2018 had visited the site of the camps, where an estimated 1.1 million people were killed, including Jews, Roma and members of LGBTQ+ communities. Were Farouq not released, Cywinski proposed that he would serve a month of the boy’s prison sentence himself and find 119 other volunteers who were each prepared to spend a month in prison in Nigeria. In all, that would add up to the 120 months of the boy’s 10-year sentence.

Since Cywinski wrote the letter in September, the response has surpassed his expectations.About 300 people from all over the world have contacted him — including students, unemployed people and clergy. “We received messages via all the channels of communication: telephone calls, e-mails, letters,” Cywinski told DW. “People even spoke to me on the street and pressed notes with their telephone numbers into my hands.”

One of the people willing to go to prison for Farouq is Igor Tuleya, who is perhaps the best-known judge in Poland at the moment. A “disciplinary chamber” established by the government recently revoked his institutional immunity, leaving the path open for questionable charges of “failing to comply with his official duties and overstepping his powers” for having allowed media and other observers into his courtroom in a case involving the Polish House of Representatives.

Tuleya told DW that his sense of justice motivated him to take part in the campaign for Farouq. “This case has moved me greatly,” Tuleya said. “The punishment is completely out of proportion to the offense he is accused of,” he added. “It is an act of injustice, and we have to try to help and change the course things have taken.” He called the initiative a symbolic “cry of protest” that could achieve something real. “Perhaps those who have given a prison sentence to a child will change their minds,” he said. “We have to believe that our cry can bring down any wall.”

Nigerian authorities have not responded. “While waiting for your response,” Cywinski wrote in a follow-up letter to Buhari. “I wish to assure you that I will continue to act towards the boy’s release.”Cywinski said he was less concerned about how Buhari would respond than he was about Farouq’s fate.

Cywinski knows all too well where passivity in the face of injustice can lead. And he is also very aware of the cruelty committed against children throughout the world. At the Auschwitz-Birkenau memorial, there are records of many lives that were cut much too short. Anyone who has been to the site is likely to never forget the huge piles of children’s shoes that have been preserved there. “If you work here on a daily basis, you look at what is happening in the world with more sensitivity,” Cywinski said. He added that the pandemic had shifted the focus from other injustices. “We are all busy with the coronavirus and see ourselves as victims,” he said. “As a result, we don’t see what other dramas are going on in the world.”

“We are getting more and more walled into a culture in which we think it is enough to occasionally ‘like’ or ‘share’ something and that we are good because we are on the ‘good’ side,” Cywinski said. “I wanted to show that we sometimes have to do more than just click on something.”

The priest and journalist Kazimierz Sowa said he did not hesitate to join the solidarity initiative. Sowa has traveled through Africa several times. He said he wanted to send a signal and show solidarity of the kind that “I experienced myself in Poland in the ’80s” as communist rule began to come to an end there. “We show too little solidarity with people who live far away from us,” Sowa said.

Cywinski has heard from Farouq’s lawyers that the case will be heard in appeal. That paves the way to proceedings at higher courts. “In Nigeria, there are two judicial systems,” said Thomas Mösch, the head of DW’s Hausa service. “Officially, the country is a secular state in which jurisprudence is based on the English model. However, in the various states, traditional legal systems can also be used, but usually only in cases of civil law.”

Southern Nigeria is largely populated by Christians, while Muslims are concentrated in the north. Mösch said the Shariah system had been used in cases of criminal law in many Nigerian states — including Kano — for about 20 years. Whether the Shariah system is permitted at all under Nigeria’s constitution is a matter of dispute. “It is tolerated, and because of this we regularly see very harsh verdicts handed down by local Shariah courts that are, however, generally overturned by higher courts — at the latest when the cases end up in the national court system.” He said such verdicts had almost never been carried out. Mösch said he believed that efforts such as Cywinski’s could help draw international attention Nigeria and pressure officials to bring cases before higher courts.

If Farouq is made to serve his entire prison sentence, he would not get out until he is 23. “He would be released as someone who has had his entire childhood and youth stolen from him,” Cywinski said.

This article has been adapted from German.

Once hospitalized, Black patients with COVID-19 have lower risk of death than white, study finds