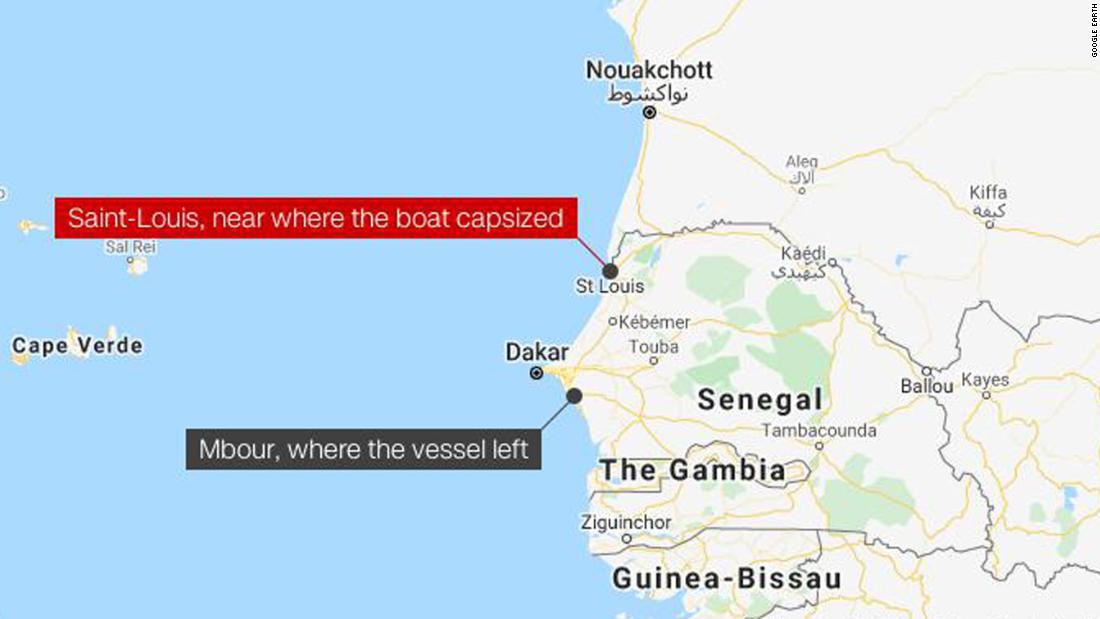 44
Share
The vessel was carrying about 200 people, according to the UN International Organization for Migration (IOM) statement. It added that, “according to media sources, the Senegalese and Spanish navies, and fishermen who were nearby rescued 59 people and retrieved the remains of 20 others.”

According to the IOM, the boat was bound for Spain’s Canary Islands but caught fire a few hours after departing Mbour, a coastal town in western Senegal, before capsizing near Saint-Louis, on the country’s northwest coast.

“The IOM is deeply saddened by this recent tragedy, which follows four shipwrecks recorded in the Central Mediterranean last week and another in the English Channel,” the statement said. The number of migrant boat departures from West Africa to the Canary Islands has more than quadrupled this year to 11,000, according to IOM estimates.

“We call for unity between governments, partners and the international community to dismantle trafficking and smuggling networks that take advantage of desperate youth,” IOM Senegal Chief of Mission Bakary Doumbia said in the statement.

The government of Senegal and the IOM have arranged a mission to travel to Saint-Louis to assess the needs of survivors and provide immediate assistance.

Fourteen boats carrying 663 migrants attempted to make this journey in September alone — over a quarter of which were shipwrecked or had an incident, the IOM said.

Senegalese President Macky Sall gave his condolences earlier in the day to the families of 16 victims of a motor accident that occurred in the Thiès region, east of the capital Dakar.
“I call for more caution and responsibility on the roads,” he said in a tweet.

In Embryos, Crispr Can Cut Out Whole Chromosomes—That’s Bad