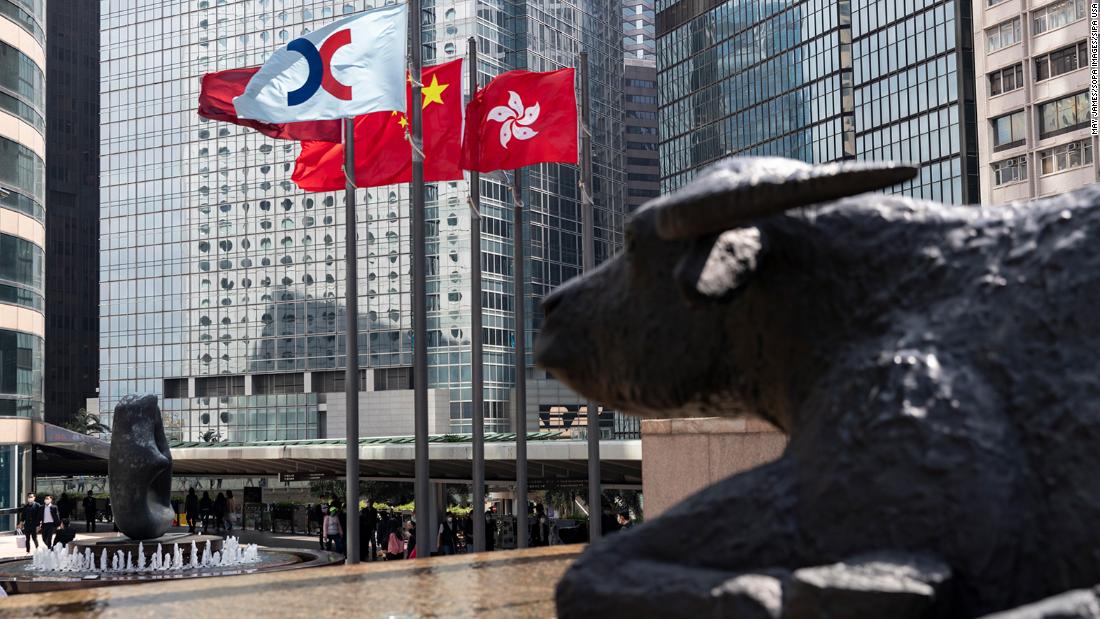 Markets in Asia took their cue from Wall Street, where stocks rallied Wednesday. The Dow closed up 368 points, or 1.3%, higher. At its highest level, the index was up more than 800 points in Wednesday’s session. The S&P ended 2.2% higher. The Nasdaq closed 3.9% higher.

The momentum continued after-hours. Dow (INDU) futures were up 79 points, or about 0.3%. S&P 500 (SPX) futures rose 0.3% and Nasdaq (COMP) futures were up 0.6%.
Even though a delayed election result was heralded as the market’s “nightmare scenario,” the market rallied all day. Experts believe the market is receiving a boost from a pricing-in of a potential delay, as well as hopes for a Democratic White House paired with a Republican Senate as that combination would lead to more modest policy.

If Republicans hold the Senate, they will want to stop what they see as the Joe Biden “spending agenda” and “runaway federal debt,” which will mean less fiscal stimulus and no corporate tax increases, said Jon Lieber, managing director with consultancy Eurasia Group.

The Republicans are fundamentally a “small government, low tax party” that doesn’t want to see spending rates growing so much, Lieber said during a Wednesday seminar held by Eurasia Group.

Meanwhile, Alibaba’s Hong Kong traded shares rose nearly 4% — paring back some of the steep losses the stock suffered after Chinese regulators hit the brakes on the IPO of Ant Group, the e-commerce giant’s financial affiliate. Shares in Alibaba (BABA) closed up 3.6% in New York on Wednesday.
Alibaba will report earnings Thursday, along with Cinemark (CNK), GM (GM) and Square (SQ).