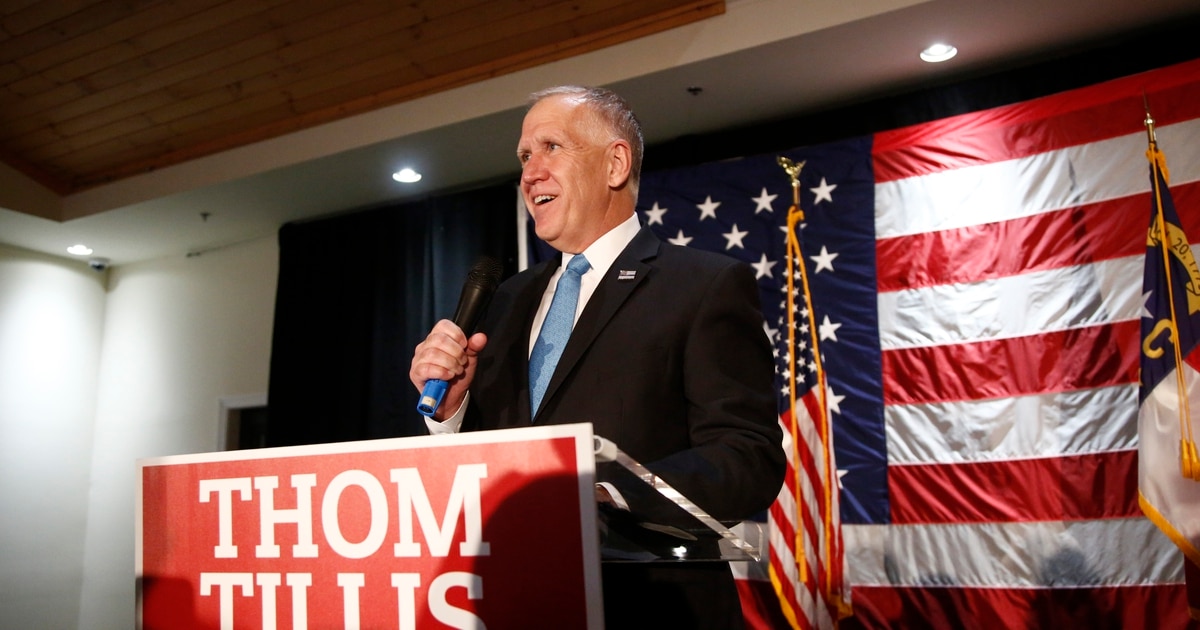 WASHINGTON — As results for key congressional races, and the presidency, continue to roll in Wednesday morning, a major shakeup for the Senate Armed Services Committee has yet to materialize.

But here is what we do know, as of Wednesday afternoon. This story will be updated as results come in.

Holding Peters’ seat is vital for Democratic hopes of retaking the Senate, which they haven’t held since 2015. Democrats need to gain at least three seats and for Biden to win or win four if Trump wins reelection.

• Sens. Thom Tillis, of North Carolina; David Perdue, of Georgia, and Dan Sullivan, of Alaska — all Republican subcommittee chairmen who faced tough races in battleground states — had not had their races called. Tillis (who has declared victory) and Perdue appeared to have broad leads over their rivals, while Alaska’s tally is expected to take days as officials count mail-in ballots.

• Sen. Joni Ernst, R-Iowa, had a similarly tough race but denied Democrats what would have been a key pickup for seizing control of the Senate. Ernst, the Emerging Threats and Capabilities Subcommittee chair and a member of Senate Republican leadership, is the first female combat veteran elected to Congress.

• SASC Chairman Jim Inhofe, R-Okla., and ranking member Sen. Jack Reed, D-R.I., both won reelection handily, and if the Senate stays in Republican hands, they will almost certainly stay in their leadership roles.

• SASC Republican Sen. Martha McSally, the Air Force’s first female fighter pilot to fly in combat, lost to Mark Kelly, an astronaut and retired Navy captain, in Arizona. She had yet to concede, however.

• Rep. Elissa Slotkin, D-Mich., won reelection. Slotkin, a former CIA analyst and Pentagon official, is at the top of an influential class of Democratic freshman who have hands-on national security experience. Addressing supporters Wednesday, she reportedly said Biden will win in Michigan, but there may be a tumultuous transfer of power.