Are We Losing a Generation of Children to Remote Learning? 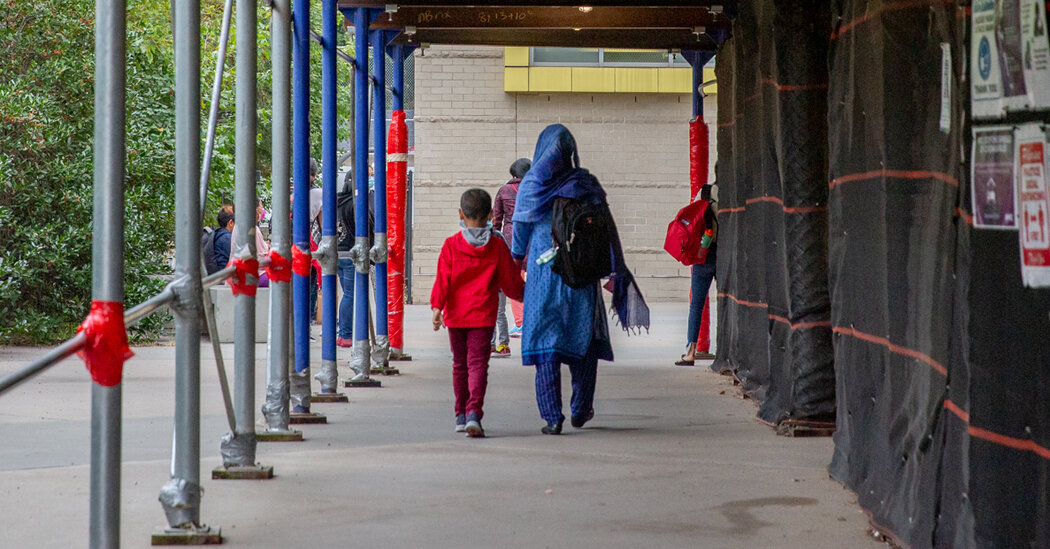 Early in the year, before the pandemic subjected millions of children to a precarious but necessary experiment, Wendy Poveda, the principal of P.S 132, an elementary school in Washington Heights, realized that some of her students were absent a lot because they didn’t have clean clothes. Living in shelters or overcrowded apartments with little access to major appliances, they felt ashamed. Ms. Poveda quickly came up with a simple but novel solution — she installed a laundry room outside the cafeteria.

This was just another example of her flexibility. Where other administrators might founder, Ms. Poveda would meet her students where their needs were greatest. During classes disrupted by the pandemic, she got them iPads and other supplies quickly, but she also paired aides to check in with children and their families every day; she sent whiteboards home and arranged the day around a lot of instruction and teacher contact so that the experience of distance learning would not feel like a joyless trip to a strange place, without an itinerary.

“Asynchronous learning,’’ a common experience of the Covid era in which children are left to this or that unsupervised assignment, too often choosing Mario Kart over spelling workbooks, was de-emphasized at P.S. 132. Although 90 percent of Ms. Poveda’s students are enrolled remotely full-time, the school has consistently achieved a 93 percent attendance rate.

During the current chaotic moment, this sort of success is astonishing, and it is only possible because P.S 132 is a small, well-staffed school. The pandemic has forced teachers and principals into roles as social workers and tech support and most schools simply don’t have the bodies to connect parents to unemployment benefits or the internet — to keep them stable.

Even just getting children to show up and turn on their laptops every morning can be a monumental effort. Toward the end of the last school year, a survey of close to 1,600 families around the country conducted by ParentsTogether, a national advocacy group, found that parents with low incomes were 10 times more likely to report that their children were doing little or no remote learning than those making upward of $100,000.

Of all the tragedies emerging from the pandemic, a generation of children left to teach themselves on sofas and bunk beds may be the most insidious. How these children — crucially the young ones developing literacy skills — will fare academically is the great uncertainty.

We know unequivocally that live school is better than the alternative, and that the least advantaged children are at the greatest risk of falling further behind when they cannot attend in person. And yet we have allowed the scales to tip at all too familiar angles.

In New York City, only a quarter of the system’s 1.1 million public-school children have returned to the classroom for any instruction, while most private-school students are receiving some form of live classroom experience, many of them five days a week. In San Francisco and other cities marked by grievous inequity, a similar dynamic has played out.

The value of the physical classroom, especially for children learning to read and write, cannot be overstated. “There are things that are central — being able to decode words and getting feedback — but the thing that enhances the learning experience is having the letters around,” Matthew Cruger, a neuropsychologist at the Child Mind Institute in Manhattan, told me. “And I know that that is not happening in my den.”

What is known as “multi-sensoring instruction’’ turns out to be hugely important: being able to look at words and letters on chalkboards, on the walls; to have constant, direct physical contact with books, to stand up and make utterances and watch other children do the same thing. “This is obviously much more muted on a computer,’’ Dr. Cruger said.

In May, researchers at Brown University looked at existing data on learning loss related to traditional types of school closure — absenteeism and summer breaks, for example — to estimate the impact of school closure under these extraordinary circumstances. Their projections found that students would return to school this fall with approximately two-thirds of the reading gains relative to a regular school year and about a third to a half of the learning gains in math. The top third of students, though, those with houses full of books and hyperengaged parents, were likely to return with reading gains.

The assessment of student progress under these strange conditions is another extremely difficult prospect. Many standardized tests were waived in the spring. In Dr. Cruger’s view, the damage for a typically developing child whose education is disrupted for, say, three months is unlikely to be extreme.

“But a year, we just don’t know,’’ he said. “For atypically developing kids, it is a very big deal.”

In Europe these truths seem to have been internalized in a way that has failed to grip the political culture in this country. Very recently, leaders in France and Germany announced broad restrictions amid rising rates of infection — bars and gyms would be forced to close. But schools would remain open despite lockdowns and worsening outbreaks.

In New York, the logic has worked in reverse. Even as the virus seems well contained and research has shown transmission in schools to be minimal, we remain free to eat thin-crust pizza under a heat lamp while children are sequestered at home — socially isolated and less able to distinguish an isosceles triangle from an equilateral than they ought to be.

This week saw a further step backward as the city reneged on a promise it had made earlier to parents. Officials announced that they would now give them only one chance — set to expire on Nov. 15 — to opt into programs of hybrid learning (a mixture of remote and live school) for the rest of the year. Previously the city had said it would give families that opportunity every few months so that they could recalibrate their decisions according to the shifting realities of the pandemic.

Over the summer, when the city offered parents the chance to send their children to school or keep them home in front of the computer, they were provided what was in many cases a false choice. Some principals encouraged families to choose remote learning when at least students would get extended contact with actual teachers online. In the case of older children, if they selected a hybrid program, they might be in front of an actual teacher only a few hours a week. As one parent of a teenager put it to me, “the schedule was so lame no one would choose it.” This is in large part why the number of distance learners in the system is so high.

In one high school in Queens, where most students come from low-income, immigrant families, an administrator told me, children are disappearing — quietly dropping out of school and going to work instead.

What children ultimately need and what the deadening constraints of Zoom learning cannot adequately transmit is exuberance; children need to feel championed. “They need people to see what they are doing, to cheer them on, to rally them to care and respond,” Lucy Calkins, a professor at Columbia University’s Teachers College and one of the country’s best-known experts on literacy told me.

“The real worry is that at an early age they develop a concept that they are behind,” she said.

“None of us likes to do something we think we’re failing at. It doesn’t matter if you learn to ride a bike at age 5 or 6. It matters that you learn to ride with confidence,’’ she continued. “But I think it’s a mistake to think of these kids as the lost generation, as if no learning is happening. There are profound lessons to be learned in a time of crisis. Hope is really important.”