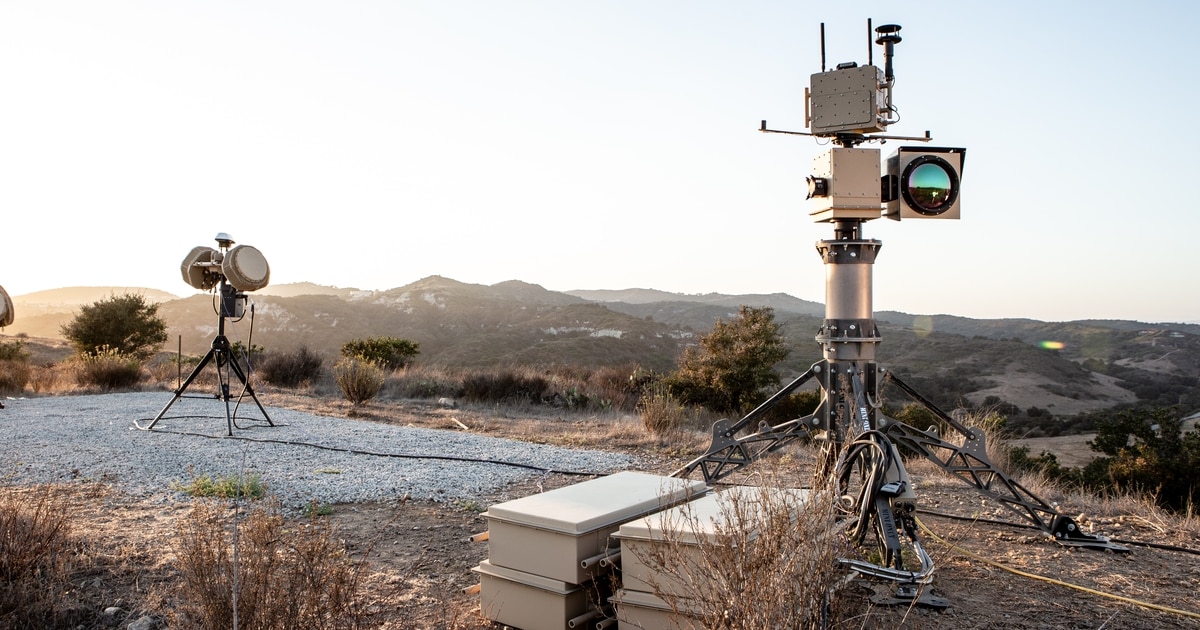 WASHINGTON — Anduril Industries adapted existing technology developed for base and border protection over the course of 11 months so it could detect cruise missiles, which it did during the Air Force’s Advanced Battle Management System demonstration, according to Christian Brose, who is the company’s chief strategy officer.

The company’s autonomous Cruise Missile Defense Sentry Towers are comprised of an onboard radar and optical sensors within embedded computing cores that can process data through machine-learning algorithms in order to detect, identify and track cruise missile threats.

Within one year, Brose said, where half of that time was in the midst of the global coronavirus pandemic, Anduril set up three Sentry Towers at White Sands Missile Range, New Mexico, and integrated them into the company’s Lattice open-platform, command-and-control system, which played a central role in the Air Force’s battle network assessment.

“What we were able to demonstrate as part of the on-ramp was, these are very effective systems that identified and accurately classified all of those surrogate cruise missiles that were fired against them and put a human operator on the loop such that all that individual had to do was confirm that the systems were correctly tracking the target that they were trained to find, and then send a command to an effector to defeat it,” Brose told Defense News in a recent interview.

“The reason we’re able to do it as flexibly, as openly as we do, is because we take a software-centric approach to the problem,” Brose said. “At the center of that capability is a software platform that enables this very flexible integration of different sensors to sort of feed the information into the system that is then processed and fused and refined through the application of machine-learning techniques so that you automate the process of target identification, target detection and tracking.”

The scenario at White Sands played out similarly to what the Army did at its Project Convergence campaign of learning at Yuma Proving Ground, Arizona, last month, where the service reduced the time it takes to defeat a threat because of system automation.

Rather than having a human comb through all the noise and clutter, pick out a potential target, verify that target, and then determine the right effector, some of that burden is taken over by the machine.

Anduril is interested in how its technology could play at Project Convergence and in the Army’s future indirect fires protection capability, which is under development to counter rockets, artillery and mortar threats as well as unmanned aircraft systems and cruise missiles, according to Brose.

“I think the thing in particular that we really find compelling about how the Army is thinking about this is, one, they’re focused on scalability. You have to have systems that are going to be able to scale to millions of people and things, sensors and systems, and weapons. That’s the Army’s reality,” Brose said.

Lattice, for instance, is built to be scalable, Brose stressed. “We’re able to scale networks of sensors, irrespective of cost and manpower — always the limiting factors,” he said.

With more sensors in the network, that typically translates to more manpower needed, which adds cost to the process.

“We’re looking at this from the standpoint of the sensor systems that we build as automating that process all the way up to the human decision,” Brose added.

The other thing Anduril finds compelling about the Army’s thinking and approach, Brose said, is the service has “fundamentally focused on how you push core battle network functions out to the tactical edge where systems and soldiers are going to have to make sense of information and generate decisions and take actions in very tactical environments with very spotty communications, degraded communications conditions. That, again, is what we have optimized Lattice for.”

The Army is buying two Rafael-manufactured Iron Dome systems to fill a gap in its capability to detect and defeat cruise missiles, but the service is also looking shaping an enduring capability to address that specific threat.

The cruise missile detection capability developed by Anduril was derived from its ability to detect other activity related to base defense and border protection, including the presence and nature of unmanned aircraft systems. The company is also interested in how it can contribute technology to solving the armed services’ collective need for an enduring counter-UAS capability. The Defense Department will host an industry day on C-UAS capabilities at the end of the month.

The Pentagon has selected interim systems for fixed and semifixed sites as well as mobile, dismounted and individual soldier systems to defeat UAS.

However, there’s still work to be done, as Anduril’s cruise missile detection capability is in its infancy, Brose said. “They still have a lot of testing and evaluation and development work that has to go into them,” he explained.

But “this is not science fiction,” he added. Anduril “really demonstrated these systems at White Sands a few weeks ago without a human in the loop, a network of sensor systems, both the ones that we built and fielded, and legacy systems that we integrated into Lattice. … It is able to autonomously identify, classify, detect and track multiple cruise missiles.”