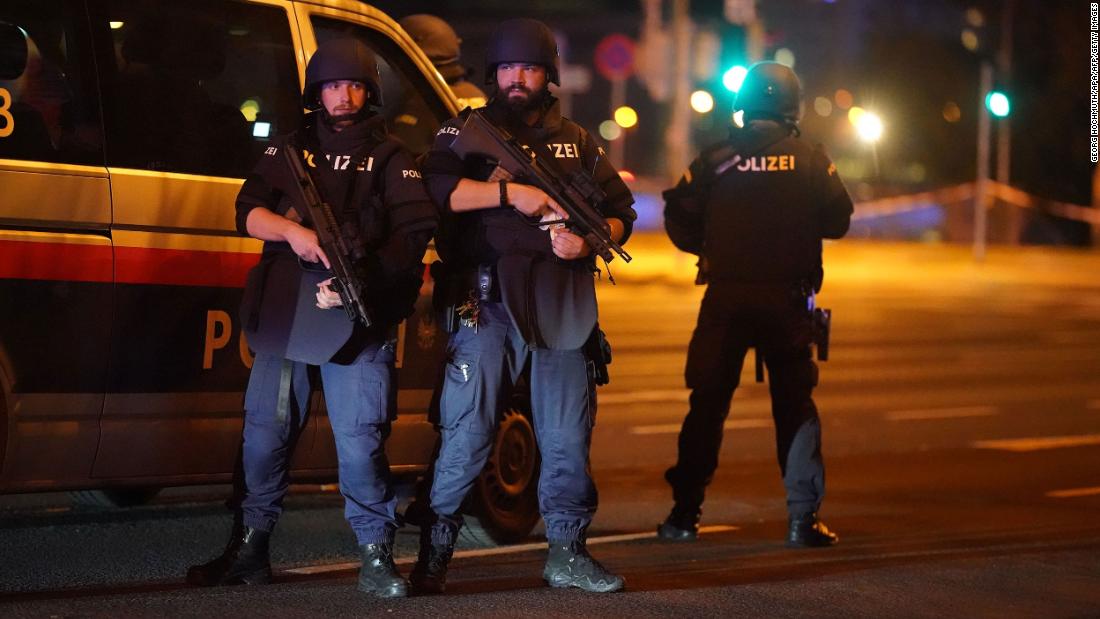 43
Share
Yet, after six years of ISIS-inspired mindless murder, last week’s attack, in which four people were killed, perhaps stood out less in its brutality, but instead in the woefully irresponsible noise and video on social media that came with it.

CCTV footage of an innocent man being shot on two occasions, posted unedited, with complete disregard for the victim’s family. Similar video of a policeman being shot. Incorrect reports of multiple attackers, and a hostage situation in a Japanese restaurant that never happened. It was disgusting and dangerous in an ongoing incident, especially after police begged Twitter users to stop sharing pictures.

Yet this is where Europe now is with terror in 2020 — almost a routine, deplorable part of our urban landscape. Vile, disturbing, crippling to victims and their relatives; but part of modern life, in a polarized world where extremism is fueled purely online and lone, disturbed young men are imbalanced enough to seek recognition in the unthinkable. This recent spate of attacks spanned three different variations of today’s individual attacker, each embodying a wider challenge that has no immediate solution.

Vienna’s attacker had been briefly jailed for trying to join ISIS, and was one of a number of radicals released early in Europe from their sentences as legal and security systems fumble with proportionality when dealing with extremists.

Fejzulai Kujtim was sentenced to 22 months in prison on April 25, 2019 for attempting to travel to Syria to join ISIS, Interior Minister Karl Nehammer told state news agency APA. On December 5, he was released early on parole, it reports.

This young Austrian-born man, of North Macedonian descent, would have been 14 when ISIS declared their caliphate. The terror group was rather the stuff of his teenage fantasies, rather than something physical he could have joined aged 16. Yet still probable online conversion led him to arrest, and even on release, he betrayed his likely intentions, which confirm the challenge of scale and assessment facing intelligence services now.

Slovakian security officials warned their Austrian counterparts that the attacker had tried to buy ammunition in the neighboring country the July before, but, the Austrian interior minister said, a communication failure meant Austria clearly failed to act.

The sheer volume of radicals — who could in 24 hours turn from a sedentary ISIS internet fanboy into a hire-car driver mounting the kerb with a machete — is an insurmountable manpower drain. The new head of the UK’s MI5 security service, Ken McCallum, warned last month that the adherents to ISIS ideology number in the tens of thousands, and they must find the few “who at any given moment might be mobilizing towards attacks. Having someone ‘on our radar’ is not,” he warned, “the same as having them under detailed real-time scrutiny.”
Yet sometimes it is Europe’s own freedoms that enable the threat. The Nice attack last month was perpetrated by a more far-reaching form of dedication, a 21-year-old man who traveled into the city just the night before.

His journey began in September in his native Tunisia — the home of most of ISIS’s foreign fighters in the days when it had a caliphate — and crossed from Lampedusa, through Europe’s open borders, to the Nice basilica where, over 28 minutes, he ended the lives of three church-goers with a knife.

Prosecutors said they found on him only a foot-long blade, a Quran, and two mobile phones. Two spare knives were next to his bag. He had not been deported from Italy after finishing quarantine as he did not have a criminal record, so he traveled on. The freedom to move, to buy knives and phones, and generous asylum laws all meant his sick plot came to fruition.

And finally, the beheading of teacher Samuel Paty, 47, in Paris was, it seems, created in the crucible of local stresses, fueled by anger at a class being shown cartoons that insulted the attacker’s religion.

It fed into a political debate that increasingly singles out Islamic mores as incompatible with French secular values, and even provoked prominent figures in Malaysia and Turkey to dump some inflammatory rhetoric onto the flames. And in the end, it was carried out by an 18-year-old Russian refugee of Chechen origin — who would have been 12 when ISIS declared a caliphate — and allegedly paid even younger pupils to point out the target.

While the background noise and anti-French rhetoric fueled by Turkish President Recep Tayyip Erdogan and former Malaysia PM Mahathir Mohamad can only further addle the febrile emotions of an imbalanced youth, it’s not reasonable to determine cause and effect here. The internet, a wired interpretation of religion, boredom and mental health are a far more potent mix in a man who months earlier was legally a child. The ongoing fury and prejudice about France’s assimilation of its Muslim population would have swirled around his formative years, but his age limits how considered his motives were. How can you single out which angry young man with an internet connection and a knife is capable of terrorism?

The past month, rather than coalescing into a pattern that helpfully illuminates what ISIS’s remnants mean now for Europe, instead just shows how diverse and mutable the current threat is. A European intelligence official told CNN the three recent attacks did not appear to be connected at this time, but that only the full investigations would ascertain that definitively, and whether they indicated a small resurgence by ISIS.

“They were quite sporadic and different in methodology,” the official said. The attacks did prompt the UK to raise its terror alert from Substantial to Severe, but the official said that was “more of a temperature change than a gear shift,” and there were no UK links to the Austria perpetrator.

ISIS had specialized, said the official, in promoting a “cheap and easy, almost ‘DIY’ approach to attacks,” seen across Europe in the past three years. “They actively put ideas and techniques on the internet, providing an intellectual legacy that is likely to endure in all corners of the internet.”

Fighting that virtual virus, rather than dismantling the physical caliphate, is the enduring challenge.

Yet the extremists are not alone in adapting. Europe in particular has become disturbingly — or even perhaps helpfully — acclimatized to terror attacks. The attacks in France in 2015 against the Charlie Hebdo magazine and Bataclan theater were large-scale atrocities that captivated terrified citizens for weeks.

Now the attacks are smaller, kill fewer, and are swiftly absorbed in a familiar pattern of response from the authorities. Police reaction times have massively improved, often ending the attack in minutes, and accustomed news cycles digest the horror of it all relatively quickly. Investigators often lay out many of the answers quite quickly, and the capacity for us to be terrified by the power of the yet-to-be-known dissipates.

As we debate or slowly tighten controls on radicals, social media, borders and speech, it is perhaps the best we can do.

europeEurope terror: Police can shut down attacks quickly. But it's still unable to prevent them - CNN
43
Share

‘She’s from our soil:’ Villagers, relatives on Harris making history with US election win