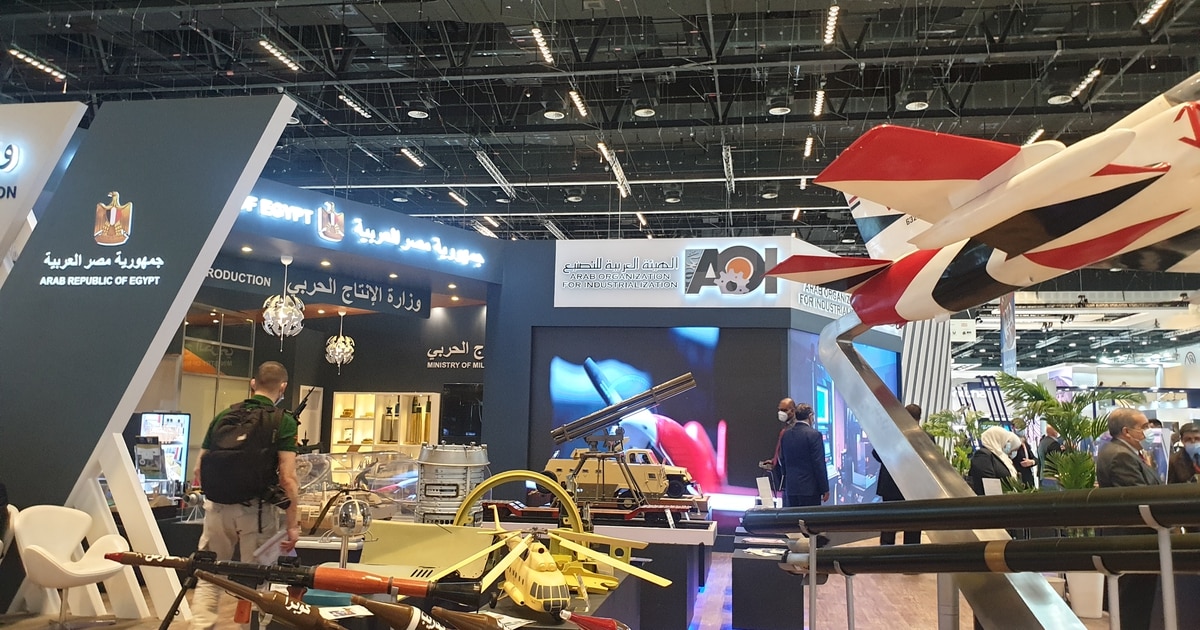 “We focused in this exhibition on the nationally produced armored vehicles,” said Egypt’s Minister of Military Production Maj. Gen. Engineer Mohamed Ahmed Morsi “We have experience in the production of these vehicles, whether with chains or wheels, and have high level of protection, specifically armored leopard or ST 100 or ST 500.”

Now, Morsi said Egypt is negotiating partnerships with the UAE. “We are in talks with an Emirati company to lay down the general frameworks for an agreement to coproduce vehicles,” he said.

In the past, IDEX has been a catalyst to improving the defense relationships between UAE and Egypt and this year’s show is no different. This is perhaps most visible by the increase of joint military drills between the two countries.

“Egyptian-Emirati military relations have strengthened over the last six years, specifically the increased participation in military drills, whether in a bilateral framework with the UAE or in a multilateral framework between Egypt and the Gulf countries, Saudi Arabia and the Emirates,” Ahmad Eliba, a defense expert at the Egyptian Center for Strategic Studies told Defense News.

He said the participation in military drills reflects cooperation between the Gulf to boost security between the two sides. “There are common threats that push the parties to deal with diversifying military capabilities to confront these threats and dangers in the region in general.”

Eliba noted the ST-100 and ST-500 armored vehicles help counter terrorism and have been tested in the Saudi desert and other locations in the Gulf.

Ehab Elnaggar, general manager of military marketing at Arab Organization for Industrialization, said his office is highlighting the ground fourfold launcher for the first time in a defense show.

Elnaggar hinted at Egypt’s diversification of armament sources, which gives it an advantage and prevents any major arms producer from monopolizing the market for its imports, and military cooperation.

For his part, Maj. Gen Tarek Abd Elmaged, Chairman of Arab International Optronics, said the company is using the show to display a series of new technologies.

“We are exhibiting thermal vision devices and anti-tank guided launcher systems, thermal spreading devices used with small arms and with light guns, as well as night diffusion devices that can be integrated on RPGs, automatic rifles, and multi-machine guns. In addition to a periscope for infantry operations.

Optronics is a joint venture between Egypt and Thales.

Techmeme: Square announces it spent $170M to acquire 3,318 bitcoins at an average price of $51,236, following its earlier $50M bet on the cryptocurrency (Square