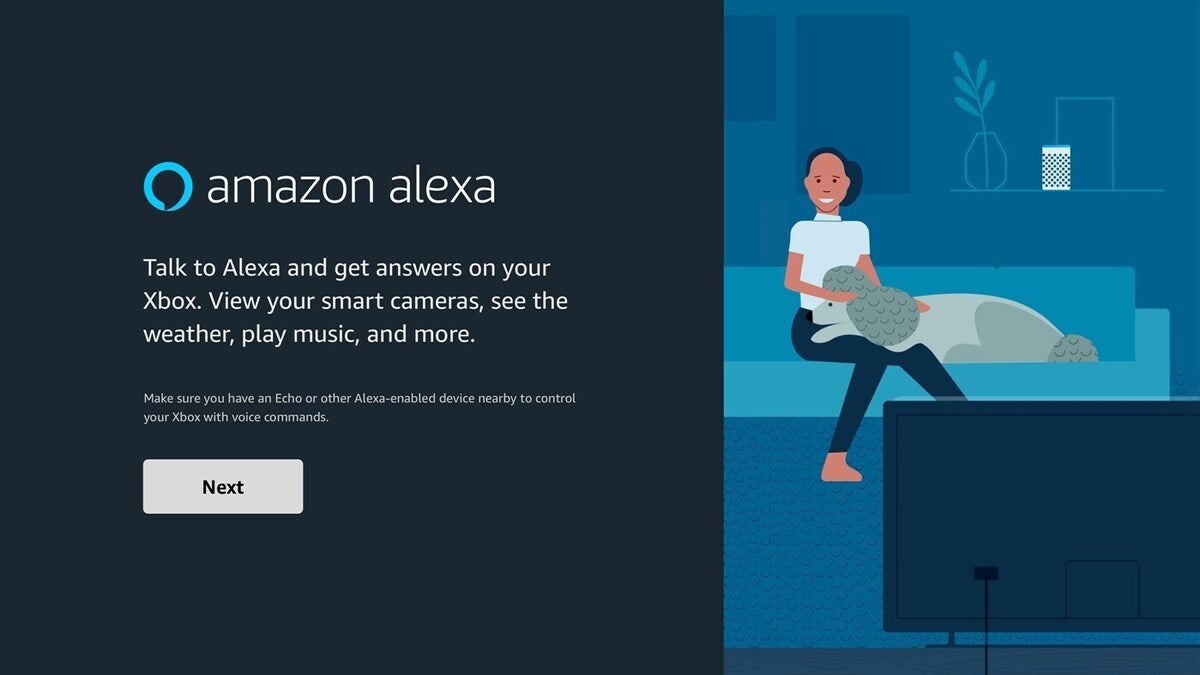 Amazon and Microsoft are adding a new Amazon Alexa app to the Xbox with a number of capabilities, including the ability to remotely browse your home’s camera system via Microsoft’s game console.

The new Alexa app for Xbox isn’t quite live, though; it’s listed as “Coming Soon” on the Microsoft Store. (Hat tip to Engadget for the discovery.) Controlling your Xbox via an Alexa-powered speaker isn’t new—Microsoft launched the capability to Windows Insider beta testers in 2018 via what it called a “skill”—but it’s the first time we’ve seen such tight Alexa integration on the Xbox itself.

Microsoft says the app will run on both the Xbox One (presumably including the Xbox One X) as well as the latest Xbox Series X and S consoles. You’ll need an Amazon Echo or other Alexa-powered device too, of course.

Since the Alexa app hasn’t launched yet, we don’t have a complete picture of what it can do. However, Microsoft has published some example queries and artwork, giving us some ideas. The most intriguing is probably the capability to remotely view what your home security camera is seeing from the comfort of your living room.

Other suggested queries include:

Microsoft and Amazon have already teamed up on an Alexa app for Windows 10. On that platform, however, the app allows you to use your Windows PC like an Echo Dot or similar device. PCs also include built-in mics, while the Xbox doesn’t. At one point, of course, Microsoft could have used its Kinect controller as a way for you to control the Xbox, or perhaps to invoke a smart speaker. Both devices, unfortunately, have since been discontinued and disconnected from the Microsoft ecosystem, leaving third-party developers like Amazon room to step in.

China and Russia’s Spying Sprees Will Take Years to Unpack