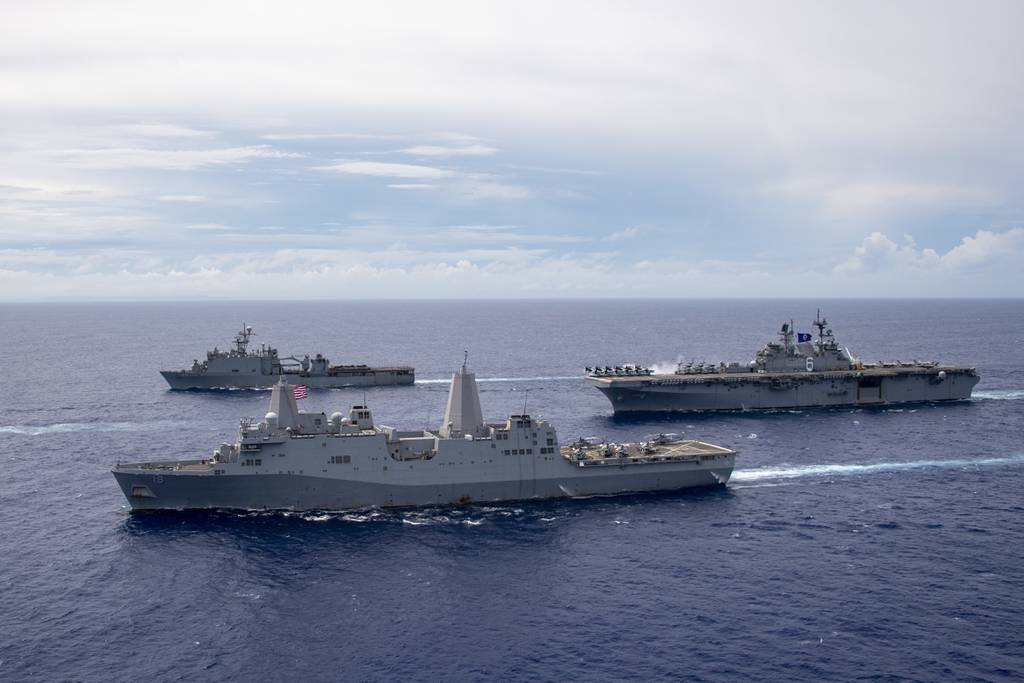 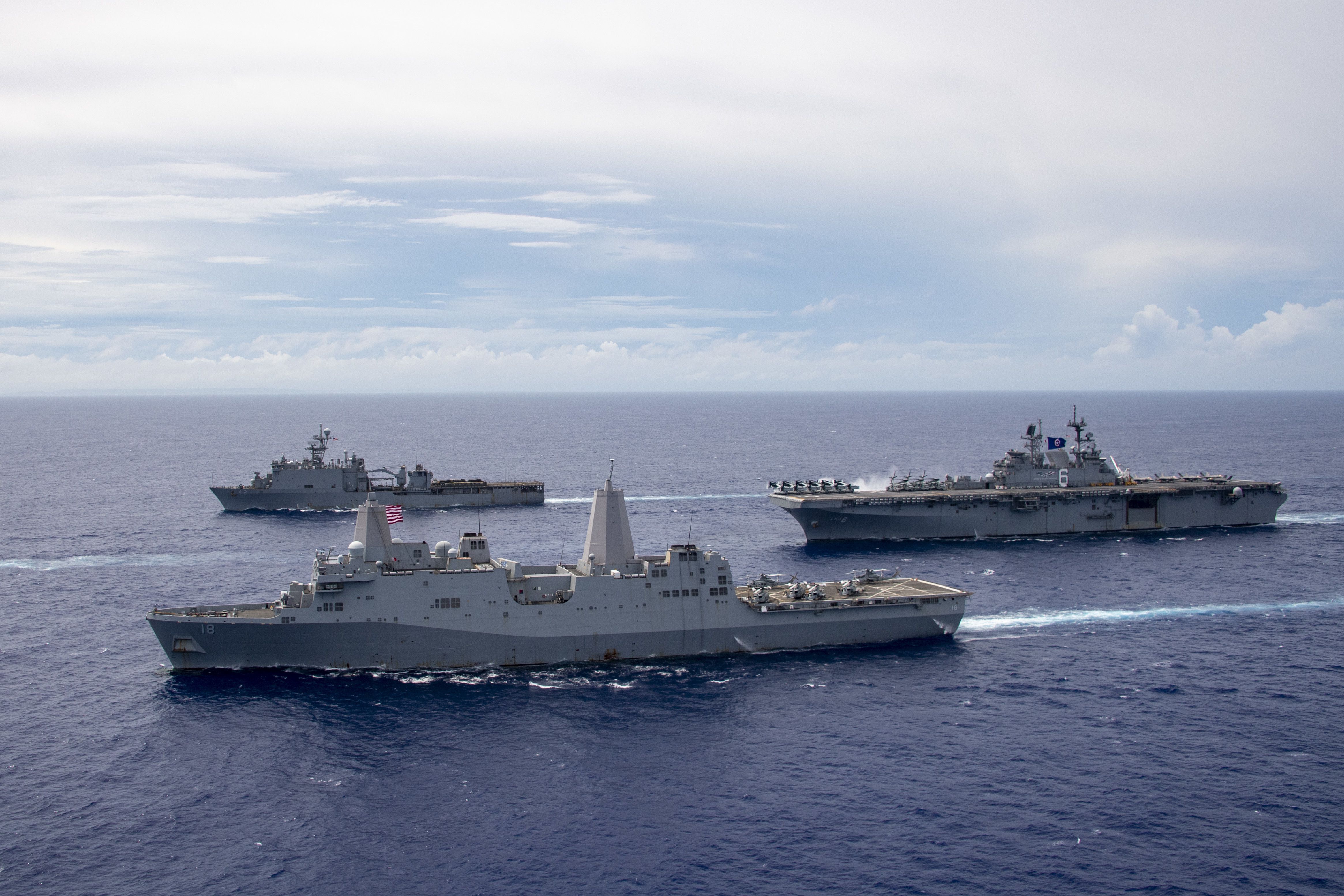 The amphibious portfolio is at the heart of naval integration between the Marine Corps and the Navy. The Corps relies on these ships to carry Marine expeditionary units around the globe, and the service partly plans its force structure around how many amphibious ready groups will be ready to support those units. But it’s Navy sailors who crew the amphibious ready groups’ ships, and the service is tasked with buying and maintaining them.

The Navy already faces a massive bill from the Columbia-class ballistic missile submarine program, coupled with other high-priority acquisition and readiness needs. Lawmakers in fiscal 2021 gave the Navy authority to buy amphibious transport docks and an amphibious assault ship together as part of a multiyear block buy — the gold-standard for ship acquisition and a cost-saving measure the Navy would have leapt at a couple years ago. But the service let that authority expire, saying in a June hearing that it didn’t want to commit to buying four amphibs because it’s unsure how many it wants.

During a program briefing last week as part of the Surface Navy Association’s annual conference, a program manager had little more to say on the potential multi-ship deal.

“We have an amphibious force structure study that’s ongoing that will evaluate what our requirement and the way forward for amphibs will be,” Capt. Cedric McNeal said. “That study is planned to complete towards the end of the March time frame, and that study will inform where we go with future procurements and acquisition strategies to ensure we buy those remaining platforms in the most affordable and smartest way possible.”

Lt. Gen. Karsten Heckl, the deputy commandant of the Marine Corps for combat development and integration, said in a keynote speech at the conference that the Pentagon is focused on a “resource-informed requirement” for amphibs rather than the actual operational requirement for the ships. That, he added, concerns him the study’s results won’t fully spell out what the Navy and Marine Corps need.

“Timely global response and day-to-day peer competition requires … no less — or threshold, in requirements speak — than 31 amphibious ships,” he said, which would produce three amphibious ready groups/Marine expeditionary units ready for tasking at any given time.

Gen. Eric Smith, who held Heckl’s job before becoming the assistant commandant of the Marine Corps in the fall, told lawmakers last summer that dropping to 28 ships — the low end of the Marines’ requirement — could lead to a “risk in arrival times” during mission response.

But, Heckl said, the current study is not looking at the requirement through the lens of what the services need to meet their missions, but instead looking through the lens of affordability — something lawmakers have repeatedly admonished the Navy for doing in recent years as the service struggles to articulate what it needs to deter or defeat China and Russia.

“We’re being engaged by [congressional] staffers and by representatives, by senators on what the Navy needs,” Heckl added. “The amphib study is still ongoing, we’ve out-briefed to the secretary of the Navy, so I’m not going to get out over my skis on this thing and get myself fired two months into the job. … But do I think money is the limiter? Absolutely, my personal [opinion], yes. When people are using terms like resource-informed requirement, that’s money.”

The Navy did not release a 30-year shipbuilding plan to accompany its fiscal 2021 budget request due to friction between the service and then-Defense Secretary Mark Esper’s Pentagon leadership team over fleet size and shipbuilding costs. That situation led to the continuation of a future force study from 2019 into the better part of 2020. The Navy also did not release a 30-year plan to accompany its FY22 budget because the new Biden administration was still assessing its priorities, only releasing a single-year budget rather than projecting out to future years.

In the FY20 plan (the last time a long-range plan was released), the Navy called for buying the amphibious assault shit LHA-8 in FY24 — seven years after LHA-7, despite industry arguing that four-year intervals is best for the program. The Navy also asked to slide LPD procurement back to make way for other shipbuilding priorities.

The only document the Biden administration has released with its own shipbuilding goals calls for a wide range for the overall fleet size — 321-372 manned ships — and an amphibious ship fleet size of 24-28. The 28-ship fleet is what Smith said could jeopardize mission response time.

Between the FY20 plan, the lack of clarity in the nearly three years since and the Navy’s disinterest in last year’s opportunity to execute a multiyear amphibious ship deal, industry is left to wonder if the future holds less work.

Steve Sloan, the LPD program manager at Ingalls Shipbuilding, told Defense News in a Jan. 12 media call that Ingalls has a good backlog of work, with three LPDs in production, a fourth expected to start fabrication this spring and the amphibious assault ship LHA-9 expected to be put on contract soon.

But, he noted, the House and Senate Armed Services committees authorized $250 million for long lead-time materials for LPD-32 in the FY22 National Defense Authorization Act, and he said Ingalls needed the Appropriations committees to give that early money in FY22 and then follow up with the remainder of full ship construction funding in FY23.

“That sends the signal not just to Ingalls but more importantly to the hundreds of suppliers around the country,” he said. “The pumps, the valve manufacturers, the door manufacturers, all of the folks that build the components for the ships, they have to start even before we do, and [Ingalls has to] get those orders out to them in a timely manner. [Timely funding] is really what gives us stability and helps with pricing as well.”

As for the amphibious ship requirement study, Sloan added: “We’re anxious to see the results of that. But what we really would like to see is the funding for LPD-32. And then, I might add, even though we’re getting LHA-9 under contract, we’d like to see some certainty on LHA-10 on a four-year center and have that predictability” that the next ship in the production line will be purchased in a timely manner so the production line runs at peak performance.

Lawmakers inserted money into the budget to keep the amphibious ship program on track, even though the Navy didn’t request it. Asked if it matters to Ingalls and its suppliers that Congress took the initiative there, Sloan was grateful.

But, he added, it would be nice to have a spending projection from the Future Years Defense Program as well as a stable 30-year shipbuilding plan so industry is prepared.

Is Microsoft’s Activision Blizzard acquisition really about the metaverse?