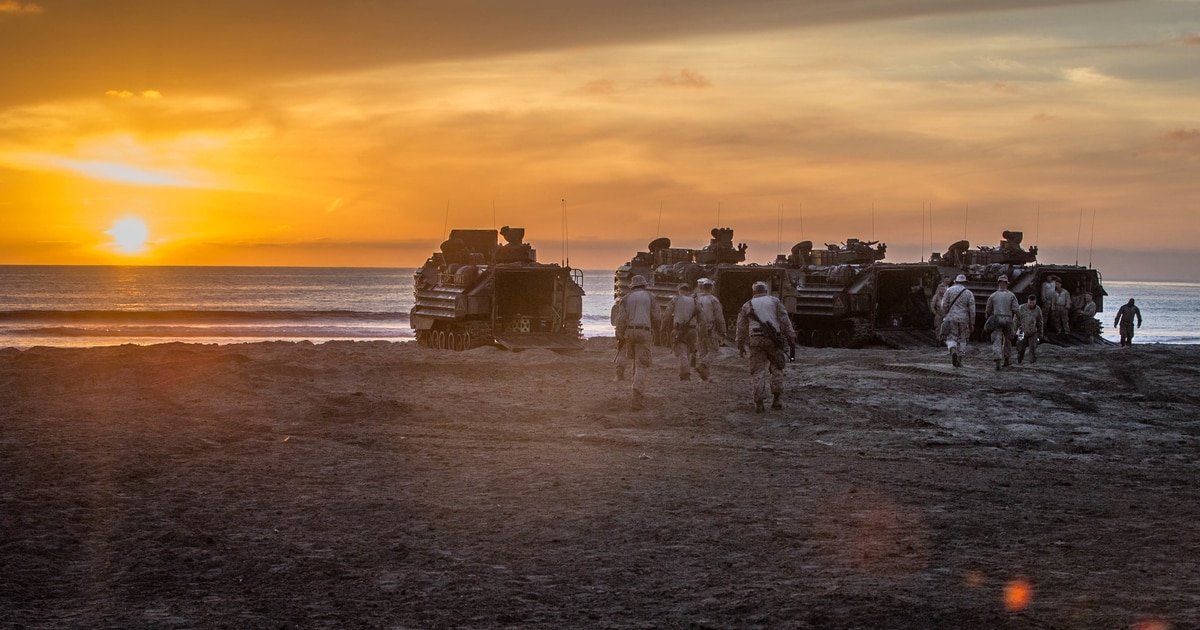 WASHINGTON – The way the United States military has had forces arrayed in the Pacific for the last 70 years must change to meet a new threat environment, the US Marine Corps’ top general said Wednesday, arguing that the force must be in more places and spread across a wider area.

After WWII and the Korean War, the U.S. Navy and Marine Corps have had their forces set up to respond to a possible crisis on the Korean Peninsula, Marine Corps Commandant Gen. David Berger said, but with the rising Chinese threat that force laydown is no longer going to cut it.

“I know we are taking a look at the posture of U.S. forces in the Pacific,” Berger told the virtual audience at the annual Modern Day Marine conference. “They were well designed and well crafted, pointed from California to Japan like an arrow at the Korean Peninsula to make sure that if there was another problem on the Peninsula we’d be well positioned to handle it.

Today, the Navy and Marines Corps’ presence in the Western Pacific is heavily weighted toward Japan. The Navy operates a carrier as well as cruisers and destroyers out of Yokosuka, just south of Tokyo. The Navy’s forward deployed amphibious fleet operates out of Sasebo, which is in the far south of the Japanese mainland a few hundred miles from Korea, separated by the Tsushima and Korea straits.

The Marines are likewise situated in the south, with the III Marine Expeditionary Force located on Okinawa, the Japanese island situated about halfway between the Japanese mainland and Taiwan. There are about 18,000 Marines in Japan, according to the U.S. Forces Japan website.

Analysts have questioned the wisdom of having U.S. forces so concentrated in an era when fixed bases are increasingly vulnerable to Chinese missile and bomber attacks. The military’s 2020 “China Power Report” noted the marked increases in recent years of China’s ability to attack targets in both Japan an increasingly in Guam.

“Military modernization has resulted in the rapid transformation of the [People’s Liberation Army’s] missile force,” the report reads. “U.S. bases in Japan are in range of a growing number of Chinese [medium range ballistic missiles] and [land-attack cruise missiles].

“H-6K bomber flights into the western Pacific Ocean demonstrate China’s ability to range Guam with air-launched [land-attack cruise missiles]. The DF-26, which debuted publicly in 2015 and was paraded by China again in 2017, is capable of conducting precision conventional or nuclear strikes against ground targets, which could include U.S. bases on Guam.”

To meet the threat, the U.S. must distribute its forces and spread out potential targets to make it more difficult for the Chinese to target, Berger said.

“We have to spread out,” Berger said. “We have to factor in Guam. We have to have a disbursed, distributed laydown in the Pacific that allows us to work with all the partners and allies and deter forces like the PLA from asserting themselves in a manner that tries to rewrite the global norms that have been well established in the past 70 years. So, our posture must change.”

Saudi economy shrunk by 7 percent in Q2 as unemployment soars