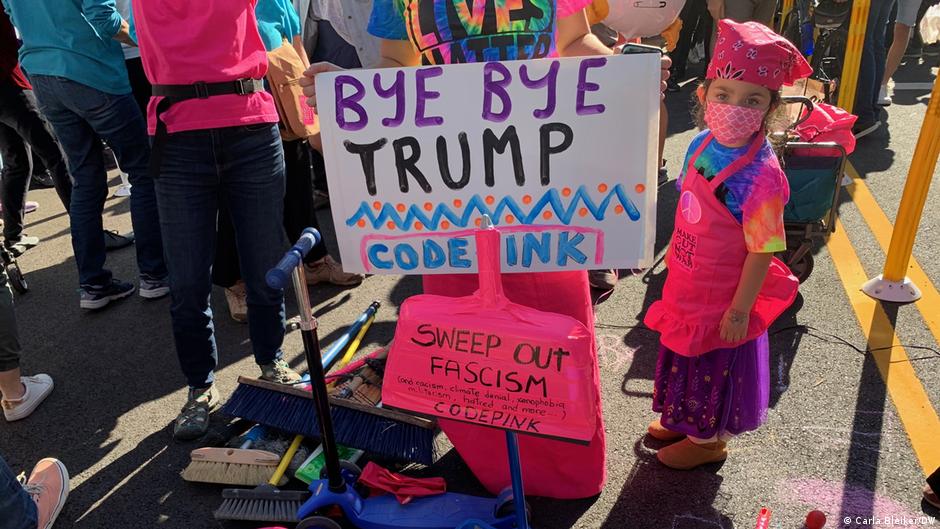 Black Lives Matter Plaza in front of the White House was one big party on Saturday after Joe Biden’s election victory was announced. People were celebrating in gorgeous fall weather, chanting, dancing – and drinking champagne in the street.

Bri Gillis, a young woman from Washington DC, popped the cork of a bottle of bubbly and gave the crowd of Biden supporters surrounding her a champagne shower.

“I think it’s going to be so nice to wake up every morning and not worry about what the President is tweeting,” Gillis shouted over the crowd noises. “I’m so excited for Madam Vice President Kamala Harris. She’s the reason I voted for this ticket.”

Harris is the first female Vice President and the first VP of color, too. Her father is from Jamaica and her mother is from India. On Saturday, many young women were celebrating her historic success.

“It’s great to have the first woman VP, and someone who is of color, half-Indian. We’re excited about that because we are from South-Asia, too!” said Anuja Mur.

Her friend Roshni Desai said she looked forward to “finally getting to sleep” again after days of breathlessly waiting for election results. 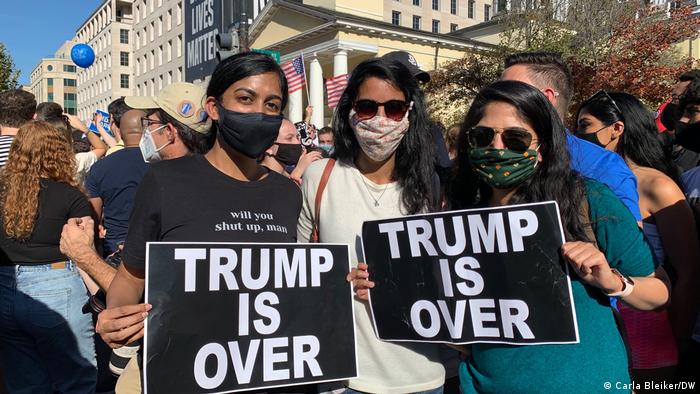 The third young woman in their group, Anamika Satsangi, said she was relieved to have a new administration come into the White House.

“It means we get someone who’s listening to science and someone who takes COVID seriously,” Satsangi said. “We know this president is not going to be a quick fix, but it’s going to go in the right direction.”

Elation in tipping-point state of Pennsylvania

Celebrations took place in cities across the US Saturday afternoon. Just seconds after Biden claimed victory people started to celebrate outside the Convention Center in Philadelphia, where crowds had been gathering for days as the vote count was underway. It was here that Biden gained enough votes on Saturday to claim victory in Pennsylvania, giving him the presidency.

“I’m thrilled, I’m thrilled,” said Ron Kolla, who was holding up a Biden-Harris sign. “As soon as I heard the result I rushed out to the city. I wanted to be here for this historic moment. This is the most important election in our lifetimes. After four years of craziness from Donald Trump, I am thrilled to have Joe Biden and Kamala Harris in the White House.”

“Amazing things happen in Philadelphia,” Alice McCourt said. “I’m so proud that Philadelphia was the one to seal the deal to make Vice President Joe Biden our new president. I’m so excited.” 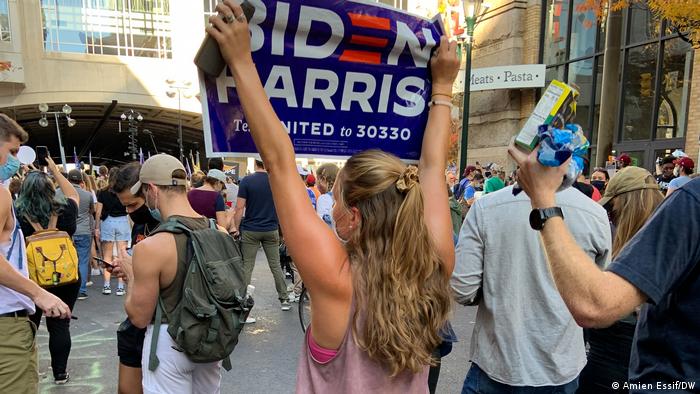 People gathered in front of the Convention Center in Philadelphia to celebrate the Biden-Harris victory.

It was also in front of the Convention Center, used as a vote-counting place, that Trump supporters had gathered to protest what they believed was election fraud. They had been egged on by Trump’s campaign, which failed to provide evidence that ballots were not being counted properly.

No concern about potential legal challenges

In DC, music could be heard blasting from apartments in residential neighborhoods. Washingtonians were driving through the streets honking their horns and waving flags from their car windows.

In Black Lives Matter Plaza, young people were mingling with senior citizens and families with small children. It was a very different mood from five months ago, when police here used chemical agents to push back peaceful crowds who had gathered to protest racism and police violence in the wake of the killing of George Floyd.

None of the people celebrating on Saturday, with whom DW spoke, were concerned about the legal actions that President Donald Trump announced. 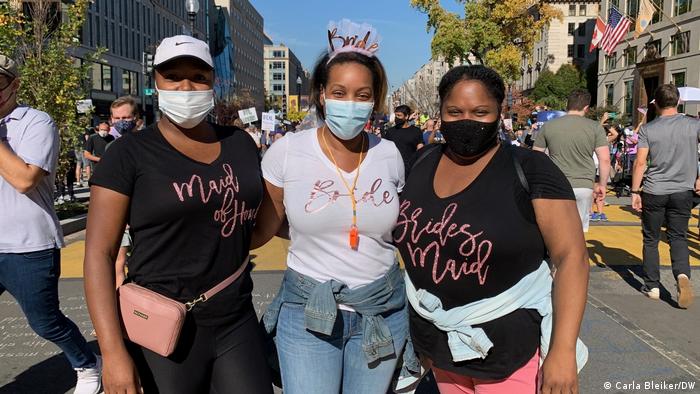 “If there’s going to be a recount, Biden’s numbers will be even higher,” said Alicia, who, along with her friends, declined to give her last name. The young woman from Pennsylvania was in Washington DC to celebrate her bachelorette party.

“I absolutely did not imagine my bachelorette to go like this, but it’s a great way to celebrate,” the bride-to-be said.

“It’s very overwhelming,” maid-of-honor Briahna said. “I’m so happy. It feels like we can all finally take a breath today.”