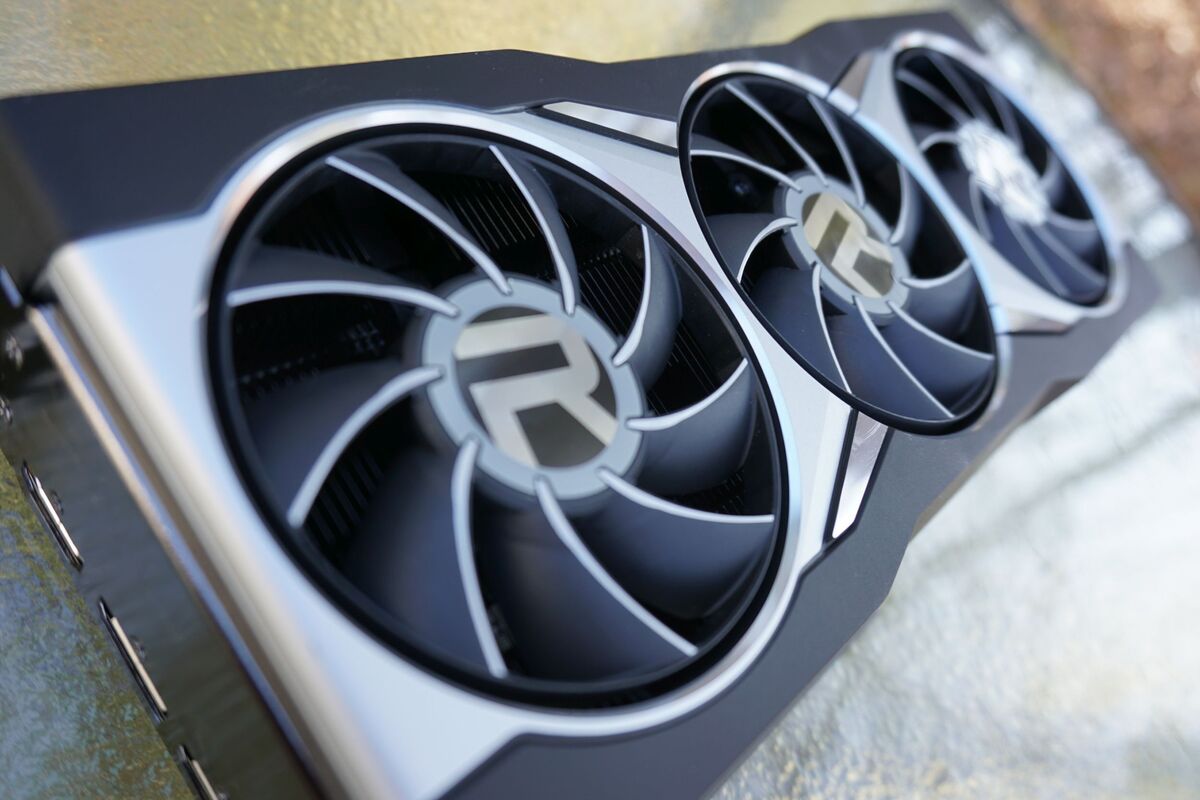 Mere weeks ago, the company’s Ryzen 5000 processors seized the unquestionable performance lead from Intel—yes, even in games—for the first time in over a decade. On Wednesday, it’s the graphics division’s turn to shine with these two Radeon RX 6000-series “Big Navi” graphics cards powered by AMD’s new RDNA 2 architecture.

To save money on your holiday shopping, check out our roundup of the best Black Friday deals on CPUs, GPUs, monitors, routers, and more.

Rival Nvidia has largely been competing against itself in the high-end GPU space for several years now. AMD’s Vega offerings showed up disappointingly late and disappointingly underpowered in 2017, followed by (awesome) first-gen RDNA cards that sadly topped out with the midrange Radeon RX 5700 XT in 2019. The Radeon RX 6000-series ends Nvidia’s streak.

Welcome back to the high end, AMD. The Radeon RX 6800-series comes ready to play tomorrow’s games just as well as today’s. Let’s dig in. There’s a lot to cover, so if you want to jump to a specific section, use one of the handy links below:

RDNA 2’s ultimate 80-compute-unit incarnation will hit the streets as the $999 Radeon RX 6900 XT, which will challenge Nvidia’s $1,500 GeForce RTX 3090 when it launches December 8. We devoted an entire article to what’s new inside the RDNA 2 architecture if you’re interested in learning more, but we’ll hit the highlights here.

The Radeon RX 6000-series hits much higher clock frequencies than its predecessors (and rivals), with the both the Radeon RX 6800 and 6800 XT exceeding the 2GHz barrier at peak speeds. They stay swift even under load. The Radeon RX 6800 XT is rated for a 2,015MHz Game Clock—AMD’s term for the expected frequency during gameplay—and boosts all the way up to a ludicrous 2,250MHz in some scenarios. Activating the new, optional “Rage Mode” in Radeon Software on the Radeon RX 6800 XT can send the card soaring even higher by increasing the power limit and fan speeds. Alternatively you can turn on Quiet mode for much cooler, quieter operation and a mere one-percent hit to performance, AMD says. (Rage mode isn’t available on the non-XT 6800.)

First-gen RDNA graphics cards couldn’t hit these speeds for many reasons, but the memory subsystem was part of it. The Radeon RX 5000-series simply couldn’t scale up as far as these new Radeon RX 6000-series GPUs can without becoming starved for memory bandwidth, AMD engineers said. This generation of cards includes a revolutionary “Infinity Cache” to help with the problem.

Equipping the GPU with such a large, high-speed cache lets it keep most of the working data for any given frame on-die, which keeps the GPU from having to send signals all the way across the package to the 16GB of onboard GDDR6 memory in many cases, especially since the Infinity Cache holds a lot of temporal and spatial data that can be reused in subsequent frames. That improves both power efficiency and latency, and allowed AMD to pair the hefty 16GB of GDDR6 memory in the Radeon RX 6800-series with a modest 256-bit bus with no ill effects in games.

By comparison, Nvidia’s RTX 3080 and 3090 deploy faster, but more power-hungry GDDR6X memory across much wider bus widths for a higher raw memory bandwidth. The GeForce RTX 3070 also uses GDDR6 and a 256-bit bus like the Radeon RX 6000-series, but its memory modules aren’t as fast as the ones in AMD’s cards, so it offers less raw bandwidth.

AMD easily wins the capacity war, however, and that’s perhaps an even more important metric. Today’s games can use a lot of memory when you have all the graphical bells and whistles turned on at 4K resolution, and ray tracing demands even more. The Radeon RX 6800 and 6800 XT both come with a welcome 16GB of GDDR6, while Nvidia put 10GB of GDDR6X on the RTX 3080 and just 8GB of GDDR6 on the RTX 3070—a total already being exceeded by games like Watch Dogs: Legion and Doom Eternal.

The Infinity Cache helps with ray tracing, too. The cutting-edge lighting technology debuted in Nvidia’s RTX 20-series GPUs and comes to AMD hardware for the first time in the Radeon RX 6000-series. RDNA 2 includes a new ray accelerator in each compute unit dedicated to handling ray tracing. AMD targeted playable 1440p performance with ray tracing active for its debut, and it succeeds by and large, as you’ll see when we dive into ray tracing performance later.

Ray tracing basically works by having dedicated hardware perform calculations of how the light rays behave, using a technique known as bounding volume hierarchy (BVH) traversal. Performing that task is very memory-intensive, which is why VRAM demands leap up when you enable ray tracing in a game. AMD says it’s able to keep “a very high percentage of the BVH working set” directly inside the Infinity Cache, reducing latency and improving overall performance.

What AMD lacks—for now—is a DLSS alternative. Nvidia’s Deep Learning Super Sampling technology leans on dedicated tensor cores inside GeForce GPUs to render games at lower resolutions internally, then upscale the final output image using machine learning algorithms to fill in the blanks. Doing so lets GeForce graphics cards claw back some of the frames lost to ray tracing’s substantial performance impact.  DLSS 2.0’s black magic is very much proprietary to Nvidia, however. AMD has teased a new “FidelityFX Super Resolution” feature that could be a more open DLSS alternative. The company claims it could have wider adoption because RDNA 2 also powers the new Xbox Series X and PlayStation 5 consoles. For now, however, DLSS is a killer feature that Radeon can’t match.

Ray tracing is just one of the DirectX 12 Ultimate features enabled on the Radeon RX 6000-series (and Nvidia’s rival RTX graphics cards). AMD’s new GPUs can also handle nifty tricks like mesh shading, variable rate shading, and sampler feedback, which we covered in our look at DirectX 12 Ultimate. Because the Xbox Series X also supports DX12 Ultimate, hopefully we’ll start to see more games include the performance-boosting features going forward. The Radeon RX 6800 and 6800 XT will also support Microsoft’s DirectStorage API, which debuted on the Xbox Series X and aims to kill game-loading times on the PC.

Phew! Believe it or not, that was indeed a brief look at AMD’s technical highlights. Check out our RDNA 2 deep-dive explainer for much more info about the Radeon RX 6000-series’ ray tracing, Infinity Cache, clock speeds, and more.

The Double Decker Bus is Goin’ Electric and Cruisin’ to the U.S.