Although now required by California law, ethnic studies courses likely to be met with resistance 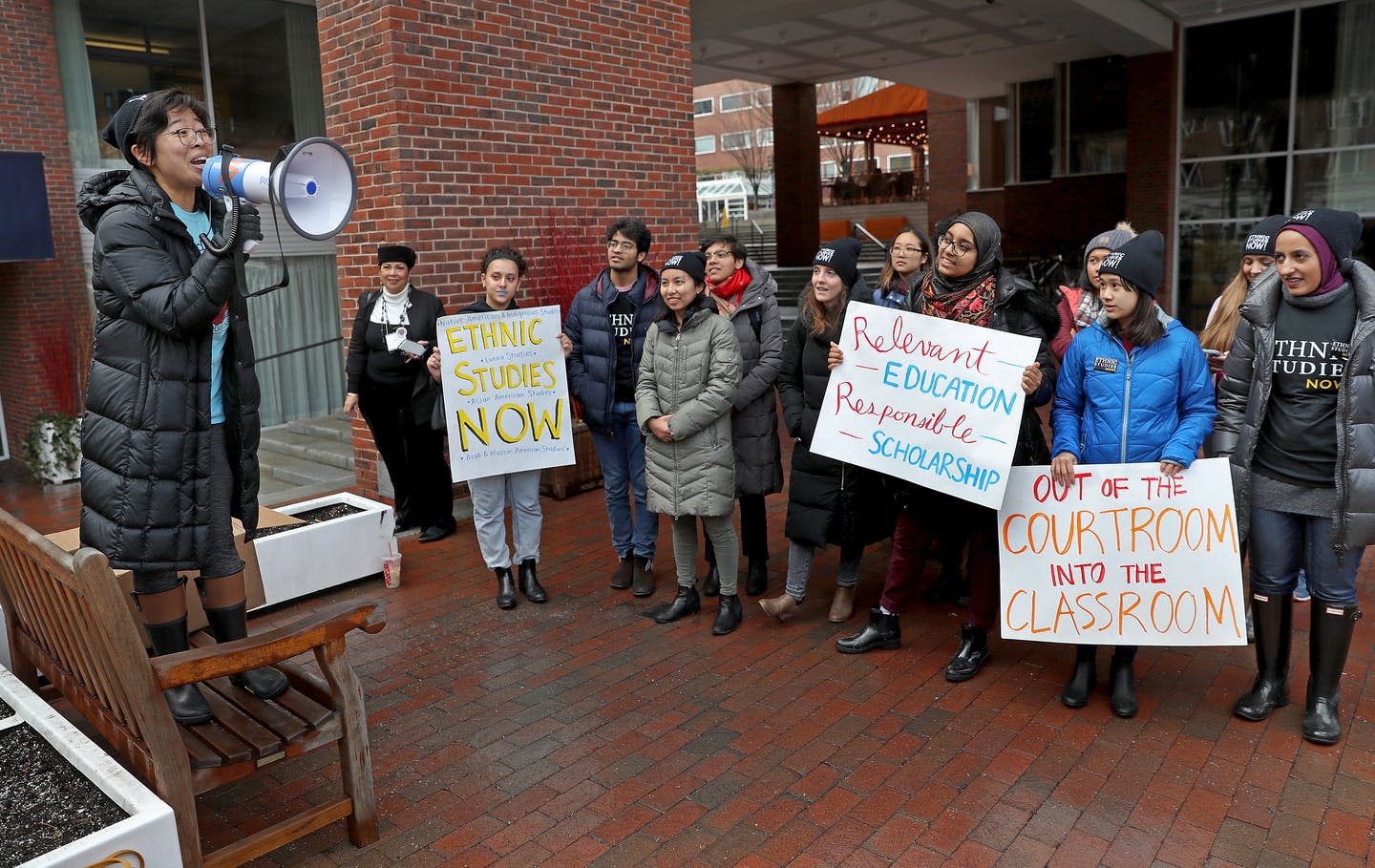 In August 2020, California passed a law that requires college students in the state university system to take an ethnic studies course in order to graduate. In essence, the California state legislature has made it mandatory for the nearly 500,000 students in the Cal State system to take the classes that student activists and others fought for universities to implement decades ago. While these classes are not without controversy, as a scholar who studies racial dynamics on college campuses, I argue their benefits outweigh their liabilities.

These classes are offered throughout the country at colleges and universities as varied and diverse as Bowling Green State University and the University of Washington. When these classes are taught as they were intended – with a heavy focus on issues of race and fighting racism – research shows they can improve college students’ cognitive and social development. They can also reduce individual racial prejudice.

Ethnic studies occupies a unique place within higher education. The field’s existence is owed to grassroots struggles of communities of color and their allies. These struggles frequently came in the form of sit-ins, hunger strikes and other forms of targeted agitation. Many scholars trace the roots of ethnic studies to the Third World Liberation Front strike at San Francisco State University in 1968, where these classes were part of the activists’ demands.

Thus, ethnic studies came about as a result of activism by students of color and professors who sought to shine the light on the histories and cultural contributions of racially marginalized people, while documenting their struggles for social justice. From this history, meaningful ethnic studies treats racism as a systemic reality as opposed to an individual flaw. It also explores how other forms of discrimination and oppression – such as sexism, genderism and ableism – reinforce racism and vice versa.

In my view, the merits of ethnic studies stand on their own, especially at a time of substantial racial unrest. However, making these classes a graduation requirement will undoubtedly change the dynamics and composition of the students who take these courses.

Simply put, these classes will now have more white students who are there only because they must be, not because they choose to be.

While there is some research on white students’ resistance in ethnic studies classes specifically, there is substantial evidence regarding how they engage with other classes where race is the primary focus. For example, when college courses focus on racism, it is frequently framed by white students as a form of hating white people.

The sensitivity to perceived “anti-white” content is so high that in October 2019, Jennine Capó Crucet’s novel, “Make Your Home Among Strangers,” was the subject of a literal book burning at Georgia Southern University.

Exploring the effects of systemic racism on communities of color can provoke a reaction of what education scholar and author Robin DiAngelo calls “white fragility,” or “a state in which even a minimum amount of racial stress becomes intolerable, triggering a range of defensive moves.”

The problem with white fragility is that it frequently emerges within college classrooms when the subject is racism. It can also take the form of white student resistance and evasiveness. This resistance has been shown to negatively affect instructor course evaluations, particularly for instructors of color.

Part of this dynamic is that white men often see classes that address race and racism as less academically rigorous than other courses.

Given this context, some people have asked me if it would not make more sense to make ethnic studies optional instead of mandatory. I disagree with this premise because Black, Latino, Indigenous and Asian American students are often subjected to a Eurocentric curriculum in their undergraduate studies. In looking at the research, I have seen little evidence that students of color resist these Eurocentric courses the same way that their white peers resist courses that focus on race.

Additionally, I had a student directly ask me, “When am I going to use ethnic studies? Isn’t that just for racial activists? I am going to be an engineer.” I have two responses to this.

First, students are constantly asking when they are going to use specific pieces of the general education curriculum, and that is not the point of these courses. They are meant to provide a well-rounded college experience. A university education is meant to be one in which English majors take math courses and chemistry majors take classes in the humanities.

Second, a general education curriculum is a reflection of what an institution values. Increasingly, those values include promoting racial equity. This is because racism is a systemic reality which requires a collective response – not exclusively being the responsibility of “racial activists.”

[You’re smart and curious about the world. So are The Conversation’s authors and editors. You can read us daily by subscribing to our newsletter.]

Anti-racism makes many white students feel uncomfortable because it functions as a type of social agitation. As the esteemed sociologist W.E.B. Du Bois reminds us, “Agitation is a necessary evil to tell of the ills of the suffering. Without it many a nation has been lulled to false security and preened itself with virtues it did not possess.”

Meaningful ethnic studies courses can contribute to this type of necessary agitation. In my view, making them mandatory can challenge all students to explore, understand and address the realities of racial oppression.

Ethnic studies is not a panacea for all issues of race and racism, but I believe it is an important central component moving forward. Yes, there will be predictable resistance to these course requirements, but in a way, that is what makes an ethnic studies requirement so critically important.

This article is republished from The Conversation, a nonprofit news site dedicated to sharing ideas from academic experts. It was written by: Nolan L. Cabrera, University of Arizona.

Nolan L. Cabrera does not work for, consult, own shares in or receive funding from any company or organization that would benefit from this article, and has disclosed no relevant affiliations beyond their academic appointment.