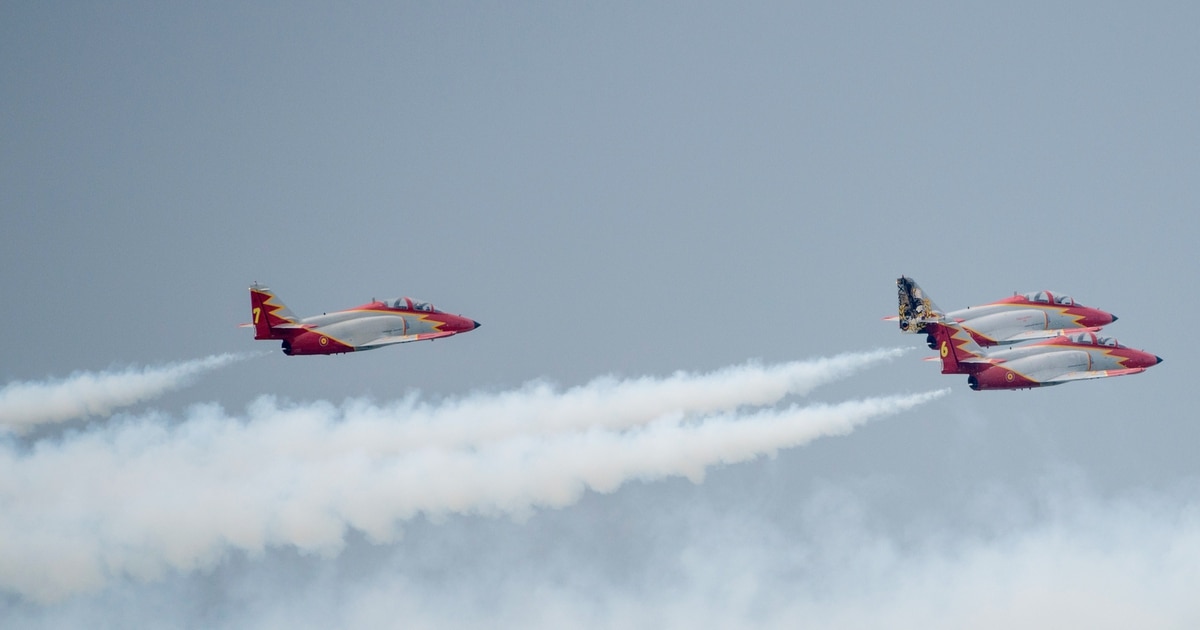 STUTTGART, Germany – Airbus is pitching a new jet trainer package for the Spanish air force that industry executives hope could one day help school pilots across Europe on next-generation aircraft.

The Airbus Future Jet Trainer, or AFJT, would replace Spain’s fleets of Northrop F-5M and CASA C-101 Aviojet aircraft around 2027 or 2028, Airbus officials told Defense News. While the concept has been in the works for several years, the company first revealed the official specifications late last week to Spanish media outlets.

The company envisions the project as a multi-role, integrated trainer system, with room for growth as a potential light-attack or aggressor aircraft. Among its features is a live-virtual-constructive (LVC) training environment, and compatibility with ground-based training systems.

Abel Nin, head of the AFJT program at Airbus, told Defense News the aircraft is designed with fighter characteristics of high maneuverability and speed, and the ability to emulate aircraft including the Eurofighter Typhoon and F/A-18 Hornet aircraft, as well as future systems. If selected, the AFJT plane could see its first flight around 2025, Nin said.

Raúl Tena, Airbus’ sales manager for combat aircraft, emphasized that the aircraft and associated training systems are being built with the Spanish air force’s requirements and timeline “as the starting point.”

“From there, we believe that this aircraft should not only serve Spain, but should also serve Europe,” he said, citing France and Finland as potential future customers.

Spain’s government has not yet allocated any funding toward a new trainer system, Airbus said. A budget is expected to be revealed by the end of 2020 or early 2021. The Spanish Ministry of Defense last year committed to buying 24 Pilatus PC-21 trainer jets, to begin replacing its 1980s-era C-101 aircraft.

Airbus serves as the AFJT lead contractor in charge of design, assembly and integration. Other suppliers include: Indra for flight simulations and systems; Tecnobit for communications and machine-pilot interface systems; ITP Aero — the Spanish subsidiary of Rolls-Royce — supplying the engine; GMV providing software and flight systems; and Compañía Española de Sistemas Aeronáuticos S.A. (CESA) providing the landing gear and actuators.

“We are launching [this program] with all of industry, trying to capture all of their inputs in a single contract,” Nin said. “The ambition is there” to have a fully Spanish industry team, he added.

Airbus anticipates that there are between 500 to 800 trainer aircraft around the globe to be replaced within the next decade. “We cannot deny that there is a good opportunity” to capture part of that market, Tena said.

Since Spain has signed on as a partner in the Franco-German-led Future Combat Air System program to build Europe’s next-generation fighter jet, Airbus also sees an opportunity for the AFJT to be that program’s trainer. However, no final decisions have been made as to which country will build the FCAS trainer yet, Nin said.