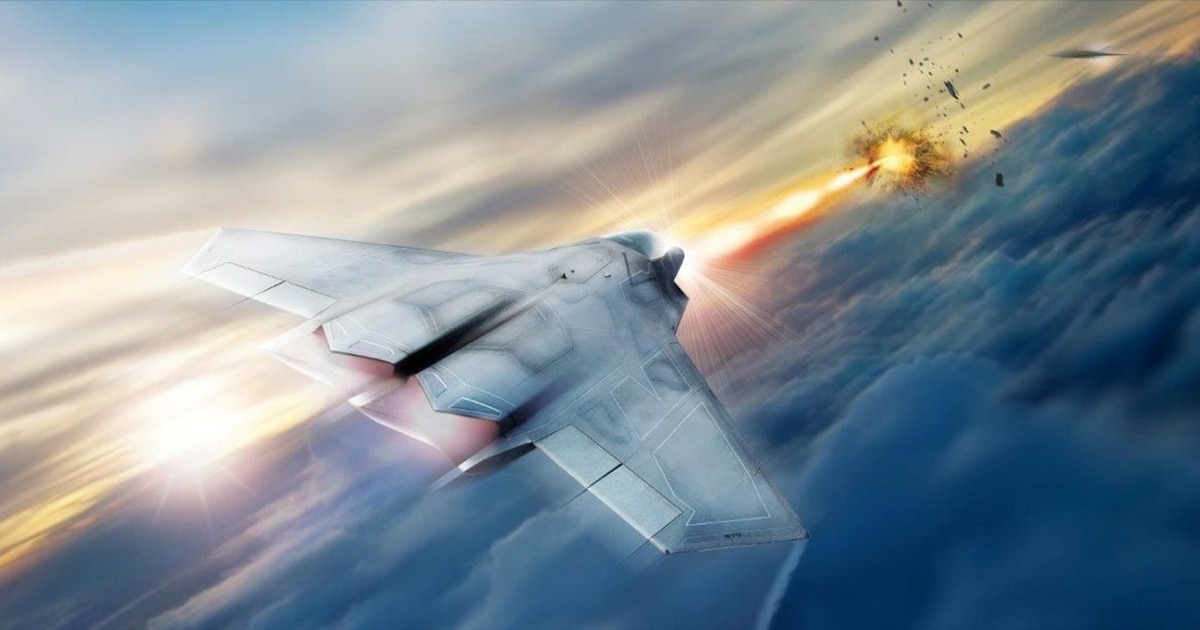 WASHINGTON — The Air Force Research Laboratory is set to receive the first major assembly of one subsystem needed for its airborne laser, although it’s pushed back the first test to fiscal 2024.

The Self-Protect High Energy Laser Demonstrator (SHiELD) Advanced Technology Demonstration Program’s goal is to build a laser weapon that can be installed on fighter jets to take out incoming missiles. The weapons system includes the laser under development by Lockheed Martin, a beam control system being developed by Northrop Grumman, and a pod to encase it all made by Boeing. Lockheed Martin was awarded a $26.3 million contract to design and build the laser.

In a Feb. 23 announcement, AFRL said that it is scheduled to receive the first major assembly of one of SHiELD’s three main subsystems in February. The lab expects delivery of the other two subsystems in July. The delivery this month marks the end of development and production of the subsystems and the beginning of complete system integration, AFRL noted.

“Over the last five years we have worked side-by-side with Lockheed Martin, Boeing and Northrop Grumman, advancing the technology that would make this system work,” said SHiELD Program Manager Jeff Heggemeier in a statement. “To finally have the subsystems in the lab, will be a huge step forward in seeing the system to completion.”

Still, a full system test is years away. Originally slated for 2021, in June AFRL pushed the flight demonstration back by two years — to 2023. Now, the lab says the first fully system test will be conducted in 2024.

Tests of some of the enabling technologies have taken place, according to AFRL. The Air Force has successfully flown an F-15 with a laser test pod attached, and ground-based laser weapons have been used to shoot down air-launched missiles.

“Those critical demonstrations show that our directed energy system is on track to be a game changer for our warfighters,” AFRL Directed Energy Directorate Director Kelly Hammett said in a statement. “The ability to shoot down missiles in flight, and operate in denied environments, increases the advantage we have over our adversaries.”

Even as the SHiELD program continues to make headway, high-level officials have questioned the practicality of airborne lasers. Perhaps most notably, then-Undersecretary of Defense for Research and Engineering Mike Griffin stated last year that the program’s goal — shooting down missiles midair with an airborne laser — was unlikely to work.

“I’m extremely skeptical that we can put a large laser on an aircraft and use it to shoot down an adversary missile, even from fairly close,” said Griffin. “It has been done as an experiment, but as a weapon system — to equip an airplane with the kinds of lasers we think necessary, in terms of their power level, and all their support requirements, and get the airplane to altitudes where atmospheric turbulence can be mitigated appropriately — that combination of things doesn’t go on one platform.”

When asked to respond a month later, Air Force acquisitions chief Will Roper acknowledged that installing lasers on fighter jets for missile threats might not be the best option. Instead, he suggested that directed-energy technology could be repurposed to take out small drones — a growing concern for the Pentagon. The Air Force is working to develop that exact capability.

In AFRL’s announcement, Heggemeier acknowledged that taking out surface-to-air or air-to-air missiles traveling at mach speeds is difficult.

“These are hard problems we are solving,” Heggemeier said. “Imagine the disturbances and stresses — wind speeds, turbulence, and quick aircraft maneuvers that a laser system would have to perform under. We had to solve those challenges first — and that took time.”

From lasers to missiles, IDEX exhibitors are determined to counter drones