After yearlong delay, the US Air Force is ready to field Raytheon’s new smart bomb 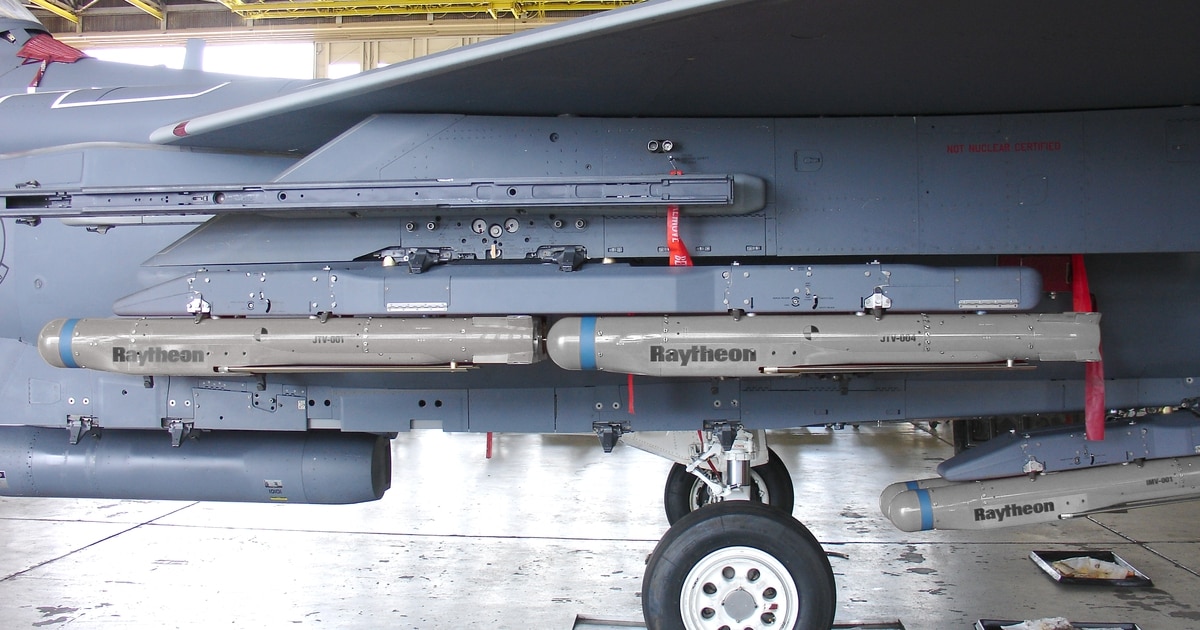 WASHINGTON — After about a yearlong delay, the U.S. Air Force has begun fielding the Small Diameter Bomb II, a new Raytheon-produced smart weapon approved for use on the F-15E Strike Eagle jet, the service confirmed Oct. 13.

The decision, made by Air Combat Command on Sept. 23, paves the way for integration with the Navy’s F/A-18E/F Super Hornet fighter jet later this year. Following that milestone, the weapon will be fielded on the F-35 Joint Strike Fighter.

“The SDB II StormBreaker is ready for operational use after undergoing extensive development and flight testing,” Col. Jason Rusco, the Air Force’s SDB II program manager, said in an Air Force statement. “The fielding milestone is the culmination of years of incredible work conducted by our joint military and industry teams. This capability is unmatched and is a game-changer for national defense.”

SDB II was designed with a tri-mode seeker that includes a millimeter wave radar, an infrared imaging capability, a semi-active laser, GPS and an inertial navigation system. Those guidance systems allow the weapon to engage moving targets in all weather conditions, including environments where visibility is obscured by dust and debris.

The weapon — which has a range of more than 40 miles — is smaller than many legacy munitions, meaning that aircraft can carry more bombs and hit a larger number of targets per sortie, the Air Force said in the release.

Air Force test units at Eglin Air Force Base, Florida, conducted 138 developmental and operational flights to certify the weapon for the F-15E. But the development of the weapon was beset by technical difficulties, including a yearlong stoppage in production as Raytheon corrected a problem with the clips used to hold the bomb’s fins in place.

Although the weapon’s fins never inadvertently deployed during flight tests due to other components that help keep them contained, a Raytheon audit found that the fin clips were suffering vibration fatigue.

If deployed too early, the fins could become damaged, inhibiting the performance of the bomb. They could also cause damage to the jet carrying the weapon — an especially dangerous hazard for the F-35, which will carry SDB II in its internal bomb bay, the Government Accountability Office said in a June report.

As a result, the company paused production in July 2019 to redesign the component and retrofit the 598 bombs already delivered to the Air Force and Navy. It restarted production about a year later.

The production stoppage put the program another year off its scheduled declaration for initial operational operating capability, which was planned for September 2019.

In a news release hailing the latest announcement, Raytheon officials said SDB II will give pilots more options to strike targets on the ground or at sea.

“The weapon has proven itself in many complex test scenarios, against a variety of targets in extreme environmental conditions, and is now ready to fly,” said Cristy Stagg, StormBreaker program director at Raytheon Missiles and Defense.

A massive animal migration is still happening in the Maasai Mara. But the pandemic means few can see it