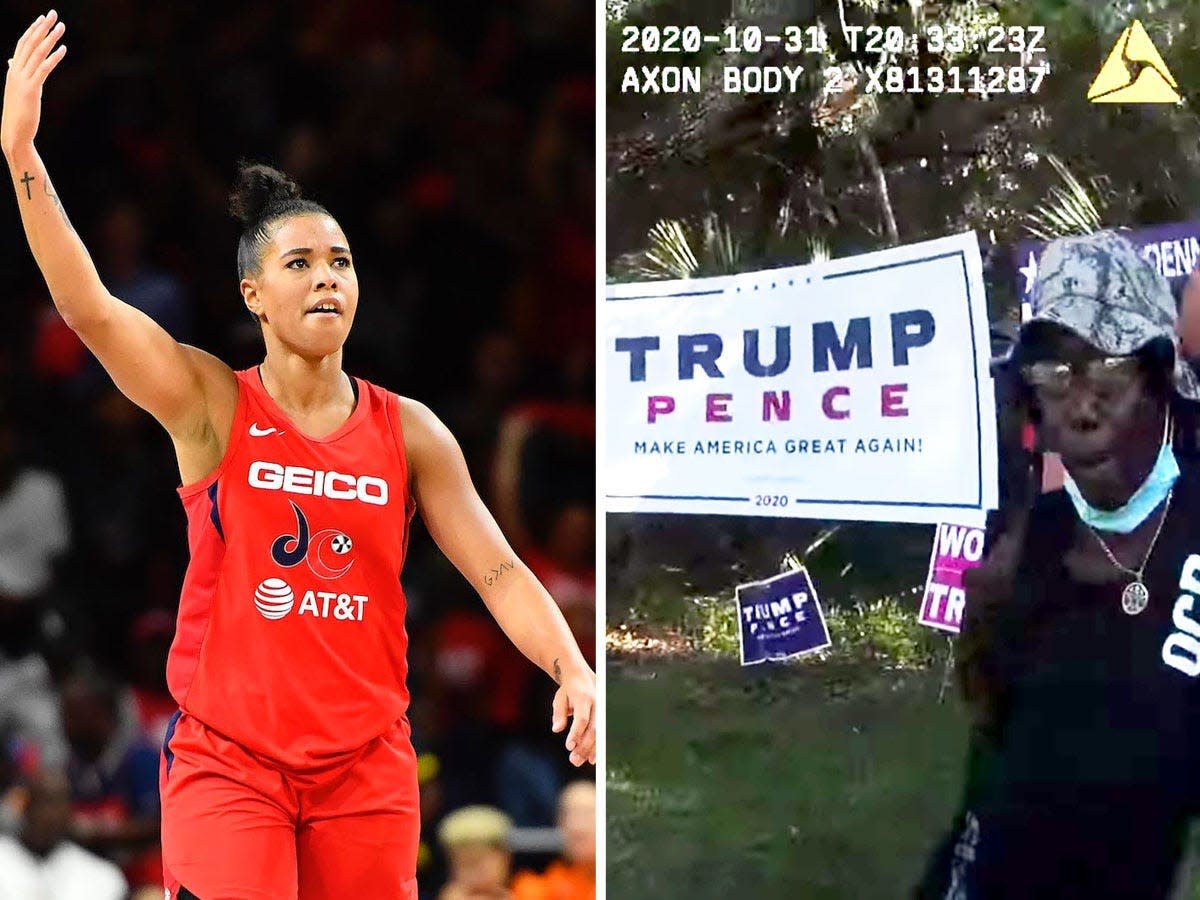 After she learned that a woman was arrested and jailed for destroying roadside Trump campaign signs in Florida, WNBA star Natasha Cloud felt compelled to get involved and, hours later, pay for her release.

On Tuesday morning — Election Day — the Washington Mystics guard and 2019 WNBA champion responded to a tweet from the Orlando Sentinel featuring an article that details the circumstances of the woman’s arrest. According to the Sentinel’s story, Flagler County police officers came upon Tonya McRae — a 42-year-old, self-proclaimed “anarchist” — as she damaged “Women for Trump” and “Trump-Pence” campaign signs on private property near an intersection.

In a body camera video posted on the Flagler County Sheriff’s Office’s Facebook page, McRae complies with two officers as they handcuff her. She calmly explains that she “was stressed out” and “acted out of impulse” because “I didn’t like what I saw.” According to the Flagler County Sheriff’s Office, McRae was charged and held on a $500 bond for criminal mischief and providing a fake name to the officials.

“Emotions are high this election season but it is almost over,” Sheriff Rick Staly said, per a release from his department. “Overall, the community has done a good job being respectful of the beliefs and opinions of others. Please continue to do so. We have had sporadic reports of vandalism and theft of political signs by all parties.”

Two days after the arrest, Cloud learned that McRae was still being held at the Sheriff Perry Hall Inmate Detention Facility and inquired about “next steps” after asking her Twitter followers to “figure out what her bail is for me!” By 9:50 on Tuesday morning, Cloud said that she had posted a bond on McRae’s behalf.

“UPDATE: @TheJMRoberts is the goat and helped me figure out how to pay the BOND,” Cloud wrote. “Go live you life sis 👑✊🏾.”

Cloud has been vocal in her support for former Vice President Joe Biden in the 2020 election. Alongside her Mystics teammates, she’s been active in encouraging people to vote through When We All Vote. The 2019 WNBA All-Defensive Second Team honoree sat out Washington’s 2020 WNBA campaign to continue her social justice efforts from the offseason.

Cloud did not immediately respond to Insider’s request for comment.

Free Calls from Nest Speakers and Displays are Going Away in the U.K.