A Traditionalist Who Ran as Himself 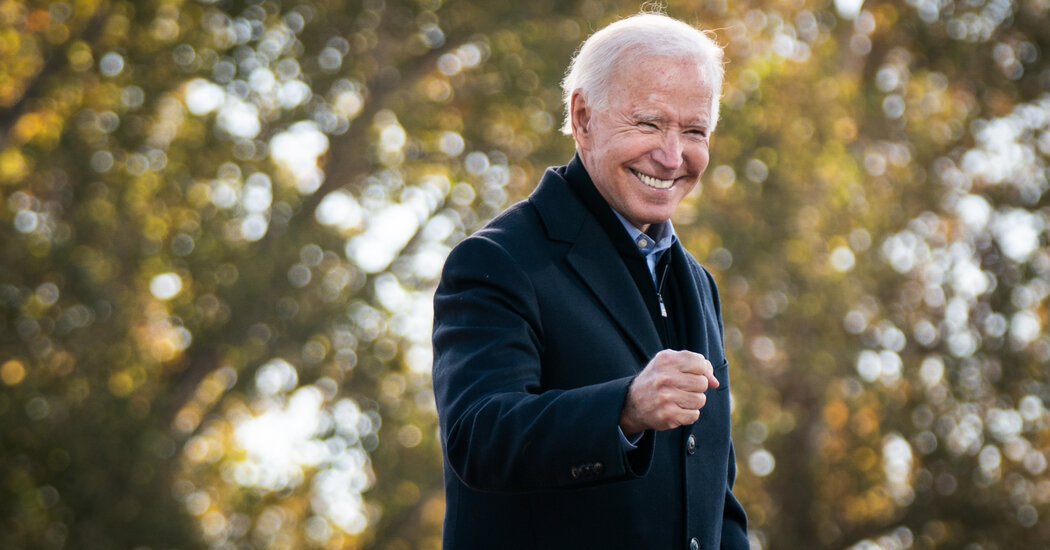 ‘He Didn’t Do Crazy Things’

Mr. Biden was a mediocre student with big ambitions, a gregarious young football player from an Irish Catholic family who overcame a stutter and dreamed of running for president.

In the meantime, he settled for school politics, serving as class president at his Catholic high school and adopting an approachable manner that he would deploy decades later on the campaign trail.

“The joke was, if Joe stood next to a light pole, he’d strike up a conversation,” said Bob Markel, a childhood friend of Mr. Biden’s. “You were talking to him for 20 seconds, he’d put out his hand and say, ‘Joe Biden.’”

He came from a line of politically engaged Pennsylvanians on his mother’s side, with a great-grandfather who served as a state senator. His father was a dignified man who had struggled financially, “a student of history with an unyielding sense of justice,” Mr. Biden said in his eulogy. Joseph R. Biden Sr., who moved the family from Scranton, Pa., to Delaware when Mr. Biden was 10, shaped his son’s moral compass and instilled in him a strong sense of identity; his story looms large in Mr. Biden’s efforts today to connect with working-class Americans.

Mr. Biden enrolled at the University of Delaware, where he threw himself into politics as freshman class president. He participated in the occasional high jinks, though even then he was fairly conservative in his personal manner.

“It’s the same style that I think we’ve seen since he was a teenager,” Mr. Markel said. “That moderation can be seen when he was in his teens. He was a fun-loving guy, certainly outgoing, but he didn’t do crazy things.”

For all of his political ambitions, he was at a remove from the antiwar activism taking hold among his peers in the caldron of the 1960s, and he was not one for protesting. After graduating from law school, he followed a path into institutional Democratic politics: young lawyer, part-time public defender and rising star within the Delaware party establishment.