A high-demand, deployable training software is the Army’s goal 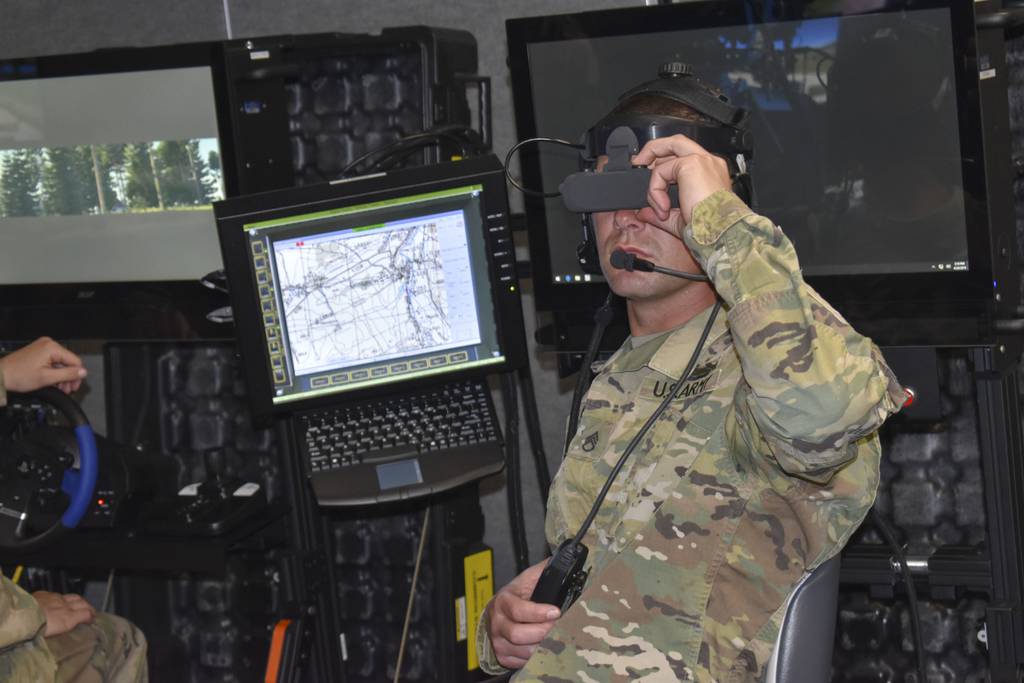 When Brig. Gen. William Glaser was a young lieutenant posted to Germany, he climbed atop a tank in his formation and had a question — what was this strange cap for?

“You’ve got the commander’s hatch and the loader’s hatch, and you’ve also got this other little cap,” he said during his presentation as director of the Cross-Functional Team-Synthetic Training Environment on Tuesday at the Association of the U.S. Army’s annual meeting.

“And we had no idea what it was for,” Glaser said. “You simply bolted a road wheel there and threw your TA-50 (individual load-bearing gear) into it.”

One day the lieutenant asks the master gunner what that cap is for.

“It’s actually for the independent thermal viewer so that the commander can continue to search for targets and the gunner can engage other targets,” the gunner said.

Glaser asked why they don’t have that tool: not enough time, money and the technology wasn’t ready, he was told. But it will come eventually.

“I said that will never happen,” Glaser recalled.

But then, about eight years later, when the M1A2 was introduced, the Army had the thermal viewer and instead of replacing the entire turret, they just popped the new device into the existing cap, he said.

That’s the kind of thinking and planning that Glaser’s CFT and their partners at the Program Executive Office for Simulation, Training and Instrumentation are doing in Orlando, Florida.

The team has two major tasks. First, develop and deploy advanced trainers for all of the weapons systems, basic tasks and objectives the Army has for training now. Second, ensure that those simulators and training tools are embedded in all of the new modernization items that the Army is pursuing.

“The point of need is eventually going to come into our modernization programs,” Bishop said. “We’re going to have Future Vertical Lift, ground combat systems. We need embedded training.”

While incorporating those training technologies on the front end for new systems is crucial, the team is spreading the gospel of better, more manageable and user-friendly training simulation packages across the force.

Glaser admitted that some of the messaging to industry has been confusing.

But rotations to those CTCs are down. It’s expensive. While the Army has started to send expeditionary-type packages that replicate the CTC experience to Hawaii — and has plans for another to go to Alaska in March 2022 — that’s not the be-all, end-all.

“To improve at the lower tactical level, we need to get STE in the hands of more soldiers,” Glaser said. “Where do you do that? You do that at home station.”

Some of that will get tested out at Fort Hood, Texas, said Bishop. They’re working on systems integration tasks, especially with the STE-Live Training System.

But Glaser was quick to caution that simulations complement — and shouldn’t replace — live training.

But the key is making simulations easier for soldiers. Even many current simulation trainers are cumbersome. They use dated, complicated technology that often requires a team of private contractors to run and fails too often for a commander to regularly include in their tight schedules.

And Glaser has a measuring stick for STE success.

“When the STE becomes so well thought of and so well used that commanders are demanding it for the deployed environment, we will have really achieved our end state,” he said.