A California man donated 25,000 baseball cards to a 9-year-old girl who lost her collection in a wildfire 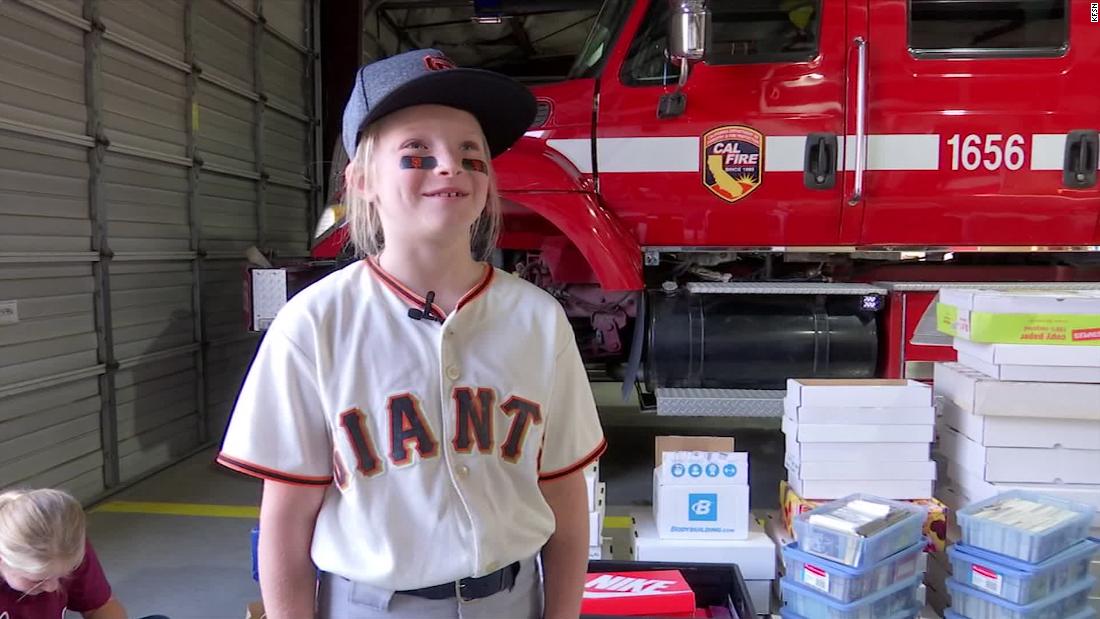 “I like baseball cards because they are pictures of people doing happy stuff. Doing what they love. And what I love,” the 9-year-old told CNN.

But when Reese and her family were forced to evacuate their home in Fresno, California, on September 5 because of the Creek Fire — which is the single largest fire in California history and is still burning — her 100-piece baseball card collection was left behind.

Two days later, the Osterberg family lost their home and all their belongings — including Reese’s beloved baseball card collection — to the wildfire.

Fortunately for Reese, a San Jose man with a vast baseball card collection — 25,000 of them, to be exact — happened to tune in to the radio just as the California Department of Forestry and Fire Protection (Cal Fire) was sharing Reese’s story and asking for donations to replace her lost cards.

The man, Kevin Ashford, immediately picked up the phone and called Cal Fire to say he had a large collection he wanted to donate.

“I had initially planned on selling my cards on eBay,” Ashford told CNN. “But when I thought about the smile I could put on that little girl’s face, it was an easy decision. I felt compelled to donate the cards to her.”

Ashford has been collecting baseball cards since the 1960s and told CNN he estimates the entire collection could be worth between $35,000 and $50,000.

Cal Fire quickly put Reese and Ashford in contact and even offered to help deliver the many boxes to Reese’s home in Fresno, which they did Friday.

As the two spoke, there was something Reese said that made Ashford even more confident in his decision to part ways with his lifetime collection.

“When she told me that she used to sit with her binder of baseball cards in front of the TV watching baseball, I knew I had made the right decision,” Ashford said. “Because that’s exactly what I used to do as a kid.”

Reese and her mother, Amy Osterberg, told CNN that in addition to giving away cards to Reese’s friends and teammates — especially the Dodger cards, which she is not a fan of — they plan to send cards and notes of encouragement to children at the nearby Children’s Hospital of Central California.

“When someone does something nice for you, it’s important to do nice things for other people, too,” Reese said.

Reese and Ashford say they are looking forward to attending a Giants game together after the pandemic is over, and that Reese will root for her favorite player, Buster Posey.