6 questions with the US Army’s enterprise IT boss 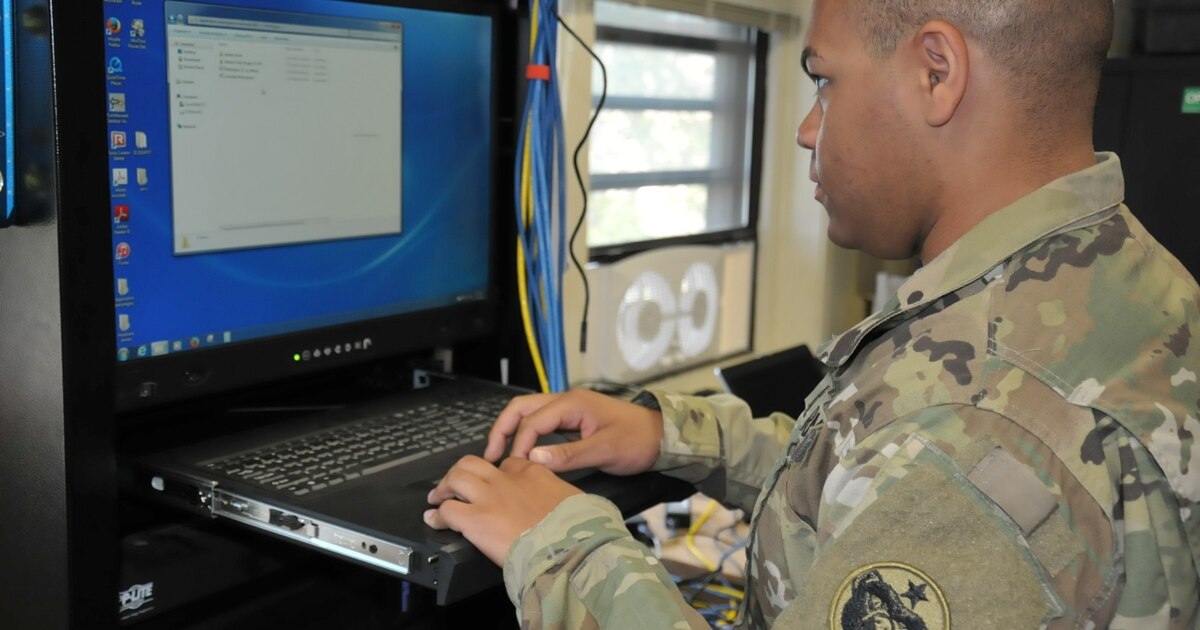 Update: This story was updated with a clarification about ERP modernization from an Army spokesperson

WASHINGTON — The U.S. Army is about to start the implementation phase of its major enterprise-IT-as-a-service pilot awarded to AT&T, Verizon and Microsoft. But this is just one of several major initiatives underway at the Army’s Program Executive Office Enterprise Information Systems, a $4.3 billion operation that is responsible for meeting IT and business system needs of the service.

In May, PEO EIS announced that Ross Guckert would be taking over as program executive officer. Under Guckert’s guidance, the office is starting to center its focus on finding the right performance metrics for projects, using data effectively and modernizing the service’s Enterprise Resource Planning platforms. The PEO also announced that it is reorganizing and realigning a few offices.

Guckert discussed all these efforts in an interview with C4ISRNET in mid-October. This interview has been edited for clarity and brevity.

Where do you want to improve the day-to-day workflow of PEO EIS?

When I got here, there were some nuggets of people that used different metrics and tools very well. In others, there is room for improvement. So how we see ourselves is really important [in the] end-to-end life cycle. So it starts with the acquisition strategy, the requests for proposals, the deliverables. We’re asking for how we want to influence the behavior of industry. And then after we get an award, what are the metrics and tools that we want to use? Are we setting up a regular battle rhythm with industry and the functional [my team] to look at those metrics, to look at the leading indicators to interpret the data and then make adjustments as necessary? How are we adopting the best practices and keeping our finger on the pulse of industry with innovation, like machine learning and artificial intelligence? And how do we understand what metrics and tools work best for us?

Some folks might think: “I’m using metrics, I’m using tools so I’m OK.” But are they the right ones? And I’ve seen instances where we’ve used metrics and tools, and then still fell off a cliff because they were the wrong things we were measuring.

Weekly, I think we should be able, with industry [and] with the functional, be looking at the data, understand what it’s telling us, understand what the leading indicators are and react as we need to make sure that program stays on their baseline based on cost, schedule and performance.

PEO EIS recently announced it is reorganizing. Part of that involves moving some systems out of the Army Data and Analytics Platforms portfolio and into the new Defense Integrated Business Systems, formerly called General Fund Enterprise Business System. Why was that decision made?

We reorganized for a number of reasons. The Army Data and Analytics Platform was reorganized just so we are aligned with the Army’s priority that data is a strategic asset. And so we have Vantage, which is a visualization tool, but also has the data analytics behind it. And so we’re understanding how do we pull in all the databases and all the data. How do we standardize it or clean it so the AI and machine learning can learn on that standardized data? How do we define what is authoritative data, and how we really reduce hundreds and hundreds of databases we have in the Army?

So that’s a big chore that Dr. [David] Markowitz, the Army chief data officer, and he has an Army analytics board that we are a member of. We’re shaping that implementation plan now.

What’s your role in that?

Like I said, it’s a work in progress. But because we have the visualization tool, we have the data analytics and the platform called Vantage, we’re going to play a critical role in that. And what we’re suggesting is let’s do a use case moving forward to see how it would play out. How would we reach into the different databases and pull the data for the specific use case that the Army is looking to answer? And how do we get that answer to the Army commanders so they can make data-driven decisions?

What are the major projects your office will work on this year, and who are some of your key partners?

My priority is modernizing both the network side of our portfolio as well as the enterprise business systems. So that means defensive cyber. That means IT modernization. That means how we do business-process reengineering for ERP [Enterprise Resource Planning] modernization. So the network — we look, like the Army does, at the network as a weapons system. So we need to adapt to meet the evolving needs of the Army.

I’m partnering with [Army Cyber Command], the Defense Information Systems Agency, Army Futures Command and cross-functional teams like the Network CFT to modernize our installations. Our goal at the end of the day is make sure we enable the Army’s network to operate unfettered and ensure that it’s protected from cyberattacks.

What work is currently being done on ERP modernization?

I’m excited about that. The Army has made it a priority. We’re in the early stages. The Army is drafting that first requirement called the [Capstone Requirements Document]. They’re starting the business-process reengineering phase as well. We are trying to put an acquisition strategy together and a business case moving forward because there will be a decision next year with [Assistant Secretary of the Army for Acquisition, Logistics and Technology] Dr. [Bruce] Jette as he assigns the office of primary responsibility and approves that acquisition strategy.

So we’re working closely with the multifunctional capabilities team under the office of business transformation to shape all those documents and efforts, and then put an acquisition strategy together that Dr. Jette is going to approve.

[“An Army spokesperson clarified that the Enterprise Business System Multi-Functional Capabilities Team (EBS-MFCT) is co-chaired by the Assistant Secretary of the Army for Financial Management and Comptroller and Commanding General of Army Materiel Command and office of business transformation serves as an advisor.”]

Last year, the Army named three vendors for an Enterprise-IT-as-a-service pilot. What is the status of that pilot program?

I’m excited about the EITaaS pilot. We’re getting ready to do the implementation phase for our three vendors: AT&T, Verizon and Microsoft. And so the advantages are significant: everything from security speed; fewer outages; high availability; and the latest upgrades to the state-of-the-art capability that industry brings versus putting an infrastructure in place, paying for that, and then paying to maintain and upgrade it over time — a better return on investment.

But there’s the the operational readiness aspects that are brought to bear as well that are going to be part of that return on investment, and the argument that we have to make for the Army. The things I talked about like speed and fewer outages and high availability and disaster recovery and things like that are what EITaaS and IT-as-a-service will provide.

Sanwo-Olu: There is no international pressure – CNN Video