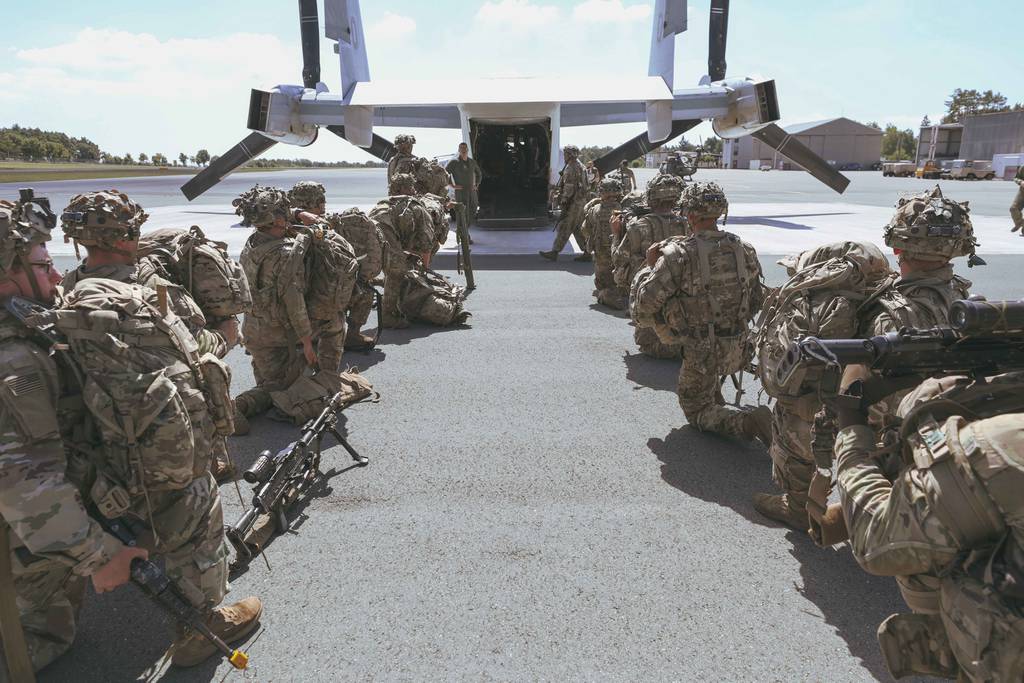 The Association of the U.S. Army’s annual meeting in Washington, D.C. is over, but with so much news impacting the military and defense communities coming out of the show, you might not have seen some of the big headlines that emerged from AUSA.

Here are five stories that Army news consumers should be read about—and be sure to check out our complete coverage of AUSA, including interviews, features and more.

Four-star spotlights key problem areas for the Army in the Pacific: There are some key areas that draw the commander of U.S. Army Pacific’s attention on a routine basis — and much of them surround Singapore. But Gen. Charles Flynn has other considerations, too, such as whether Army forces working with partners in the region are doing the work those countries and their leaders want, “not what we want to be working on.” Here’s what the general’s AUSA presentation on Multi-Domain Operations covered.

Army aviation chief: Programs may need to sacrifice perfect solutions: As the Army looks to field future aviation programs, it should think more holistically about those efforts, the service’s program executive officer for aviation said during an AUSA panel. That could mean program managers accepting solutions that might not be exactly what their programs need, but are better for the Army as a whole.

Army promises to learn, improve oversight after recent tech failures: This summer, the service rushed the rollout of its new tuition assistance platform, called Army IgnitED. The botched rollout saw many soldiers unable to use their education benefits. It led to a desperate administrative scramble to ensure that tuition bills were paid after some soldiers had to cover their costs out-of-pocket. Now, Army leaders are striving to make sure that quagmire doesn’t repeat, weighing in on those failures at a news conference during AUSA.

With only weeks remaining, US Army preps for release of climate strategy: To improve energy efficiency, the Army will invest in alternative energy sources and ways to store excess electricity to power automated ranges, targets and other infrastructure, thus breaking the reliance on diesel generators, according to a memo obtained by Defense News outlining the strategy.

Army Software Factory to churn out soldier coders: The idea behind the Army Software Factory is to generate teams to prototype, develop and morph applications for operational networks on the battlefield. On display at AUSA were applications to better connect soldiers to job openings within the Army, manage preventative maintenance and organize an Army squad’s tasks and scheduling.

You can read complete Army Times coverage from the Association of the U.S. Army’s annual meeting here.

Intel Alder Lake to offer a non-hybrid version and AVX512, too